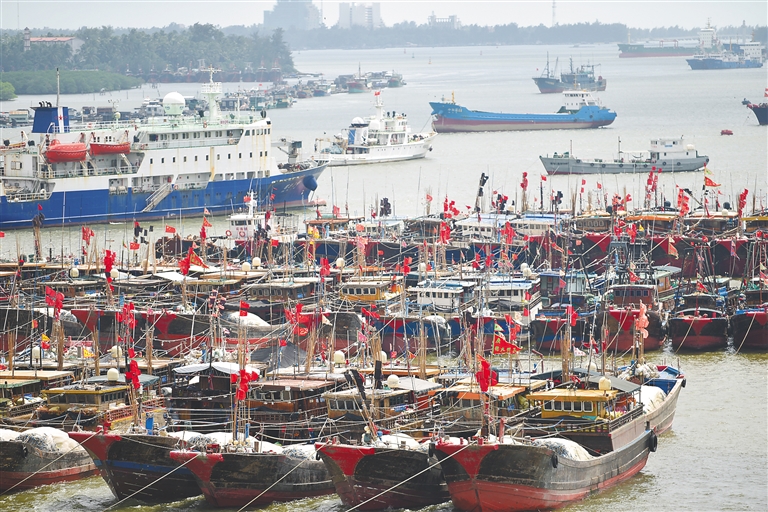 HAIKOU, Oct. 13 (Xinhua) -- The southern Chinese province of Hainan has ordered the suspension of all ferry services in the Qiongzhou Strait starting Tuesday, as the 16th typhoon of the year barrels toward land.

Ferry operations between Hainan and Guangdong Province were halted from 3 a.m. Tuesday as a precaution against gales and torrential downpours, according to the Hainan Maritime Safety Administration.

The tourist city of Sanya ordered all schools to suspend classes from Tuesday noon to Wednesday noon, and all tourist sites in the city were temporarily closed.

Typhoon Nangka was about 220 km east of the city of Wanning, Hainan Province, at 8 a.m. Tuesday and expected to make landfall in the coastal regions from Lingshui to Wenchang in Hainan, the local meteorological authority said.

Meanwhile, the typhoon is expected to generate heavy rains and gales in parts of Guangdong and Hainan provinces as well as the Guangxi Zhuang Autonomous Region from Tuesday to Wednesday.