In China's southernmost province, scientists and farmers have launched a long-term fight against an invasive pest whose infestations had once caused over 100 million yuan ($14.8 million) in damage to the palms and substantial yield loss on the island.

Brontispa longissimi, commonly known as coconut leaf beetle or palm leaf beetle, is a native of Indonesia whose larvae and adults feed on the soft tissues of the youngest leaf in the throat of the palm.

One of the most damaging pests of coconut and other palms, the beetle multiplied in Hainan and caused a huge disaster to the tropical region in 2002.

The palms, which can live up to 30 years, only last a year after infections from the beetle. In serious cases, each farmer loses half of their yield. Local authorities, scientists and farmers started a campaign against the pest. They tried pesticides and cut off the infected parts of palms, but it proved costly and inefficient.

After one-year study, Peng Zhengqiang, a researcher from the Institute of Environment and Plant Protection, Chinese Academy of Tropical Agricultural Sciences, in Haikou, capital of Hainan Province, found a biological solution based on other countries’ experiences.

They built factories to artificially breed two parasitoids: tetrastichus brontispae and asecodes hispinarum, which attack the palm leaf beetles’ pupae and larvae and are considered the natural enemy of the pest. 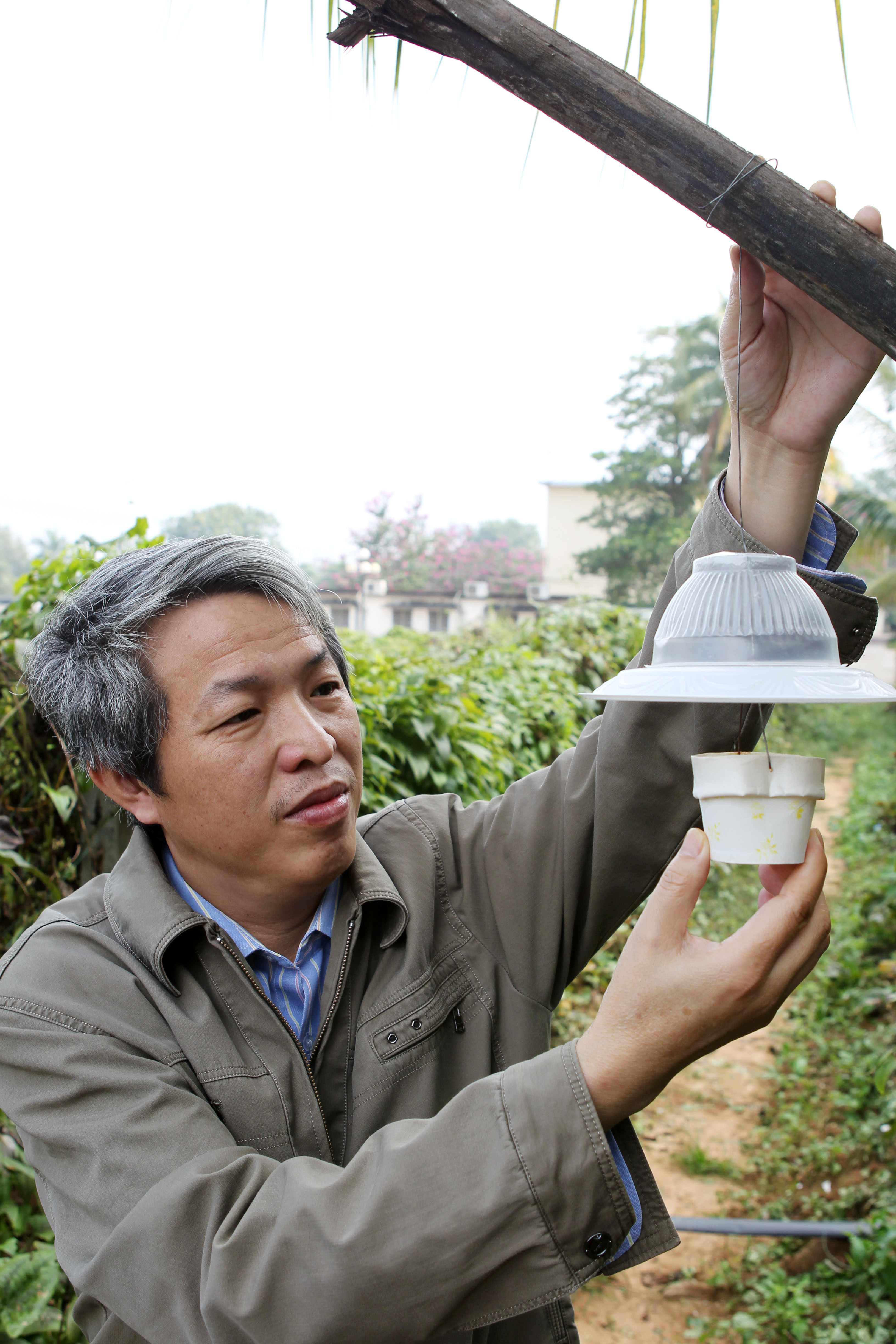 By the end 2014, they had released 5.4 billion of the two parasitoids on the island and virtually contained the pest epidemic.

Compared with a chemical solution, the biological method has reduced the pest prevention and control cost to one yuan from 40 yuan per palm, according to Peng.

But the method cannot eradicate the beetles. Stopping the pest from entering the country is primary, the expert said.

Due to the long coastal area and its tropical weather, Hainan is vulnerable to alien pests.

Experts also urged caution in using alien species to deal with the pests. “Using the natural enemy to control the palm leaf beetle is the most environmental and effective way so far. But the other regions should be extra cautious when using it,” Peng told the People’s Daily.

The beetles are moving north in China. Several other areas, including Guangdong Province, Guangxi Zhuang Autonomous Region and Fujian Province have reported the beetle outbreak.

"The alien enemies are also exotic. Experiments and observation need to be conducted to see if they will have a negative impact on the local biology.”