Changjiao, in the southeast of Fujian Province, is a beautiful ancient village with a long history. Since the filming of The Knot (Chinese name: Yunshuiyao) there, Changjiao has become well-known internationally. The film brought Changjiao opportunities to complete its historical transformation to a tourism attraction. 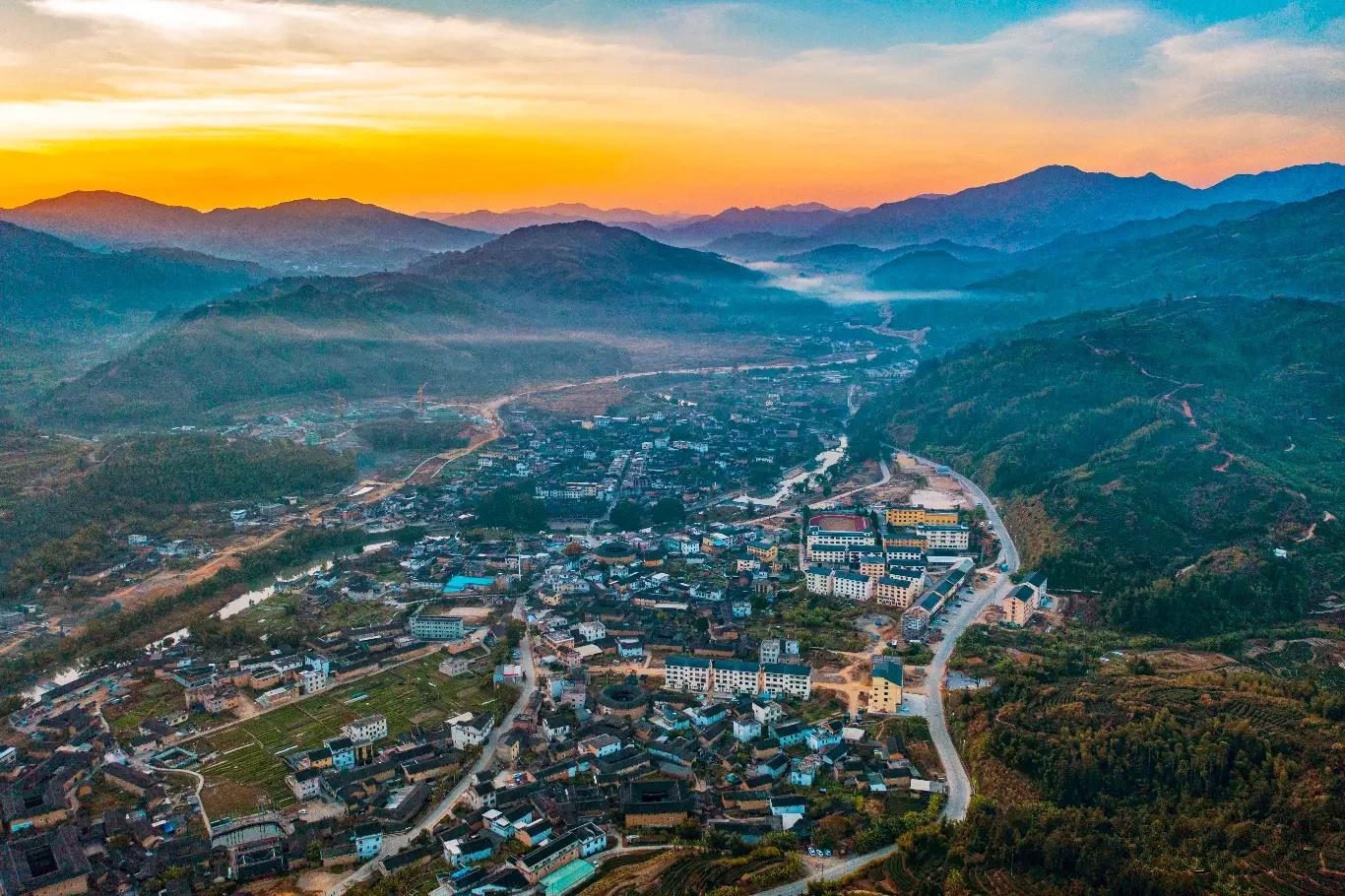 A prop for Yunshuiyao constructed during filming, a waterwheel, is well preserved as a new landmark of this village. Changjiao’s landscape itself is also attractive.

The old shops in Changjiao have retained their wooden walls. Changjiao is dotted with numerous Fujian tulou (literally: “earthen buildings”) set alongside the fields, mountains and rivers. Two of the most famous tolou—Heguilou and Huaiyuanlou--have been listed by UNESCO as World Heritage sites.

Under the influence of the film’s international reputation, Changjiao’s abundant eco-tourism resources were used by the local government to advertise a “village tour.” Between the film, tulou and the concept of healthy recreation, the local tourism of Changjiao has shifted from a single sightseeing attraction to diverse recreation.

Transitions are also happening to villagers in Changjiao. A village’s development in tourism boosts the growth of goods, customers, capital and the implementation of information and technology. More and more new local employment opportunities have been created, such as selling local goods and working as tour guides and in hotels and restaurants. In this way, locals are able to transform from peasants to businessmen, directly and indirectly creating 80,000 jobs. The per capita disposable income in Changjiao increased from 14,333 yuan in 2016 to 17,335 in 2018.

“Let more people live with dignity.” This is a line from Chen Qiushui, the main character in the hit movie. With the incredible transition of Changjiao, what the people are longing for in Yunshuiyao has already come true.