CHENNAI, India, Oct. 11 (Xinhua) -- "I would like to see a lot of collaboration between creative people from China and India, making stories that people from both countries would love to see," said Bollywood star Aamir Khan before a film-promotion trip to China in early 2018. 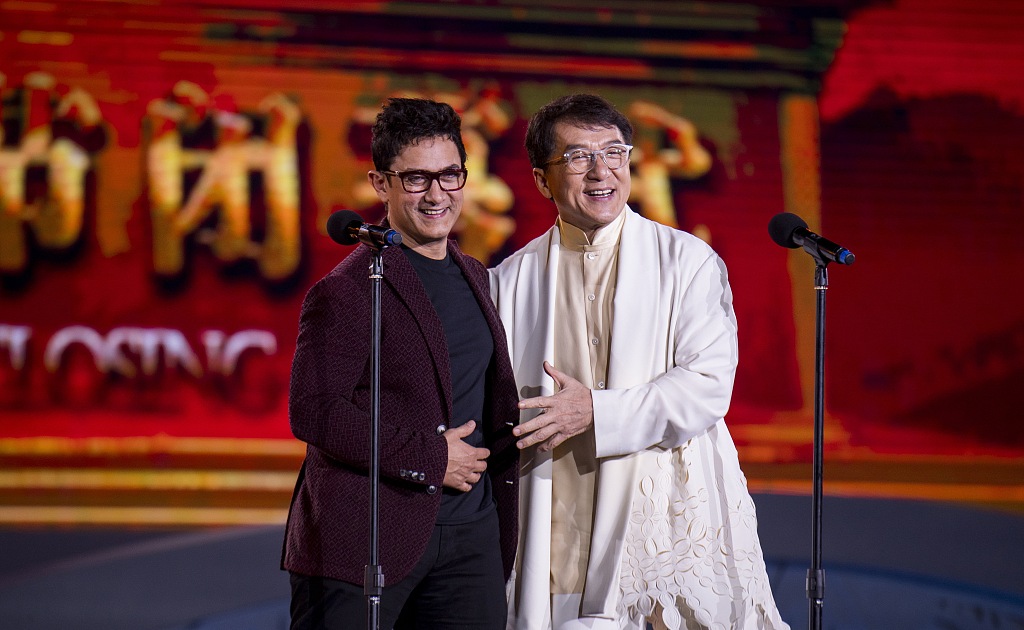 As one of the most recognized Indian actors in China, Khan's biographical sports film "Dangal" raked in nearly 1.3 billion yuan (190 million US dollars) in the Chinese box office in 2017, making it the highest-grossing Indian film of all time in China.

Inspired by the real journey of an Indian wrestler, Khan acted the part of a strict father who turned his daughters into world-class athletes.

From "Dangal" and "Secret Superstar" to "Hichki" and "Thugs of Hindostan," Bollywood hits have been immensely popular among Chinese moviegoers in recent years. Older generations were impressed by Indian films like "Awara" (1951) and "Caravan" (1971), which featured spectacular song-and-dance scenes.

Khan, who has visited China several times, said he felt Chinese and Indian people have many things in common. For example, both peoples attach great importance to family, he told Xinhua.

"Many people get to know a certain country through watching their movies. Through my work, quite a few foreign viewers start to know the sorrows and happiness of ordinary Indian people," Khan said, adding that artists can help people with different cultural backgrounds understand each other.

"You realize that you don't have to know the language to connect with the film. I think that's what makes movies so, so special ... If the emotions are universal, it can connect anywhere," she told Xinhua in an interview earlier this year.

In "Hichki," Mukerji played the leading role of an aspiring teacher with Tourette Syndrome, who must prove herself by educating a group of underprivileged students.

"I am actually very keen to do India-China co-productions where I can be part of a Chinese film or Chinese actors can be part of Indian films," she said. 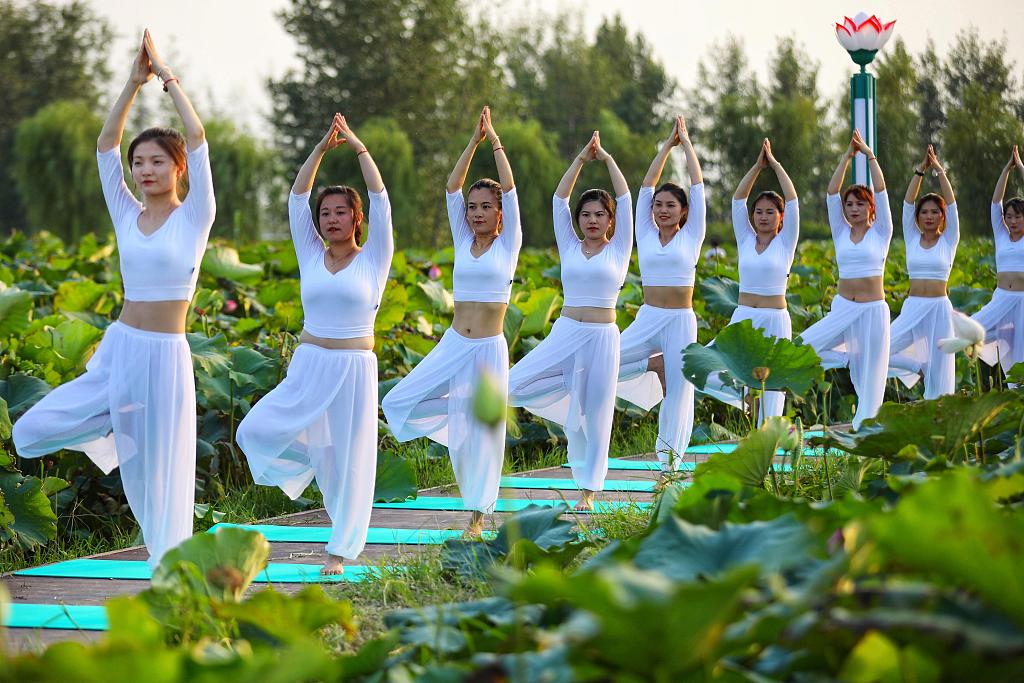 Before Yu Songsong, a young man from southwest China's Guizhou Province, started to practice yoga, he knew little about India, where the practice originated.

Having spent the last six years learning yoga, he is attracted by the yoga culture and eager to travel to India.

Yu used to suffer from an emotional disorder. "It was yoga that turned me around. I was no longer lost. I've found a direction for my life," he said.

Yu started to practice yoga when he was a freshman and became a vegetarian. "The physical and mental practices relieved me of psychological distress," he said.

Through yoga, Yu is engaging in a comparative study in the philosophies of China and India, two ancient civilizations in the world.

"In the class, we discuss and compare the traditional Chinese theory that 'man is an integral part of nature' and the Indian idea that 'the Buddhist and I are one.' Through this, we explore the similarities that underline the culture and civilizations of the two countries," he said.

The China-India Yoga College, established at Kunming's Yunnan Minzu University in June 2015, is China's first yoga college. Fifty branches are planned to be opened in China's major cities in the next three to five years, and are attracting batches of Indian yoga teachers to China, with 38-year-old Subbulakshmi Velusamy being one of them.

Velusamy arrived in Kunming in late 2015 and quickly adapted to the climate and life there. She said the local diet is light, which is very palatable to yoga practitioners and vegetarians.

Velusamy said teaching yoga in Yunnan was a wonderful experience as the Chinese people around her were very helpful and kind.

"They often chat with me after class and invite me to parties," she told Xinhua in an earlier interview.

Velusamy said she was eager to learn about the ancient Chinese civilization. At the same time she introduced yoga to more Chinese as a unique and valuable Indian cultural asset.

Indian Prime Minister Narendra Modi has played a significant role in spreading yoga at home and abroad. He was instrumental in urging the United Nations to mark June 21 as International Yoga Day.

"Beyond exercise and health, yoga is about life, self-awareness and a connection with your soul. So I expect my students to understand their consciousness in today's technologically-driven world," said Rama Rathore, a yoga trainer in New Delhi.

Smartphones are becoming easily available to everyone thanks to their affordable prices. With the exploding growth of Internet data usage and its access across the country, millions of Indians are now connected with the world thanks to their smartphones.

"It is the people's window to the world and the growth opportunity in this sector is huge," said Saifi Ali, a head researcher associated with a leading telecom operator located in Gurgaon on the outskirts of New Delhi.

"India has overtaken the United States in the smartphone market," he said.

Meanwhile, Chinese smartphone brands, such as Xiaomi, Oppo and Vivo, have been successful in India's fast growing market, according to global market research firm Canalys.

Xiaomi has been the leading smartphone brand in India for eight consecutive quarters, with a 28.3-percent market share for the second quarter of this year.

Xiaomi has become the first brand in India to sell more than 100 million smartphones within a span of five years, since the company began operations in the country in 2014.

Jobs and technical training provided by the Chinese companies have helped many Indian workers to enhance their technical skills and earn good money.

Neeraj Sharma, 25, is an Indian employee at MCM, a Noida-based Chinese company of smart terminal equipment. Sharma said he has learned a lot from the company and his technical skills have also improved.

"From here I started learning practical knowledge. Everything I know about the technology we are using here for SMT (Surface Mount Technology) and also in assembly is from this company. I started from the very lowest designation and right now I am working as a floor-in-charge there," he told Xinhua in a recent interview.

Thanks to his stable income from MCM, Sharma, who is from the northern Uttar Pradesh state, has fulfilled his dream of buying a house in Noida, outside New Delhi.

"I came here, so at that time I had planned to buy a house here for my family. Right now I have already bought a small house. Maybe further in the future I will have a flat," he said.