A report by British newspaper The Sunday Times claiming Chinese Olympic champion Sun Yang violated anti-doping rules does not conform to the facts, the Chinese Swimming Association said in a statement Sunday. 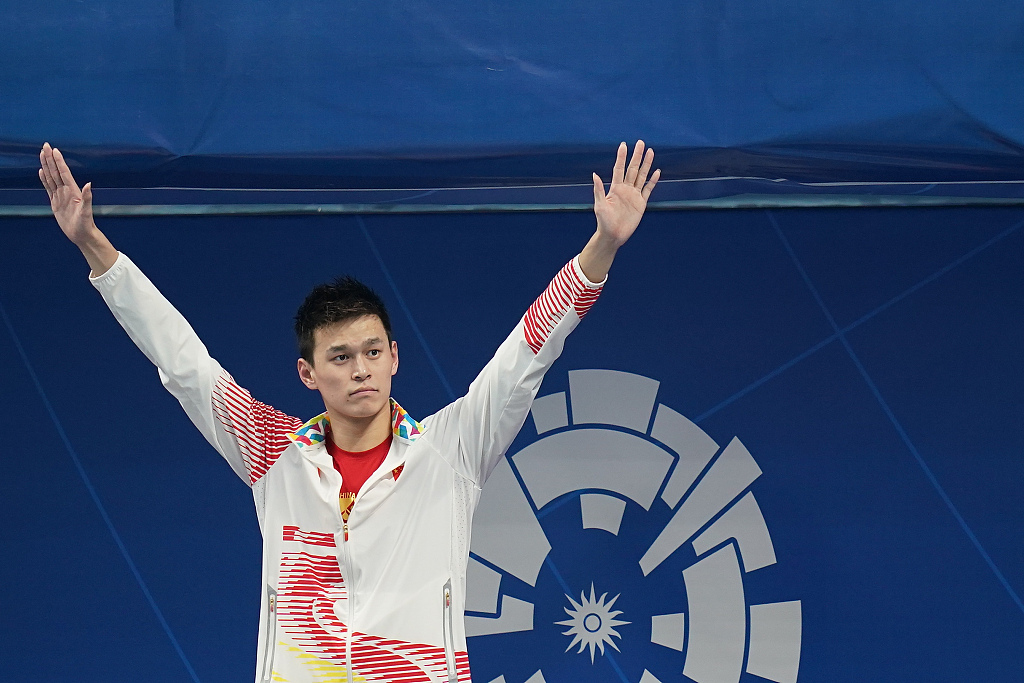 Sun Yang of China celebrates during the victory ceremony for the Men's final of the 1500m freestyle swimming event on day six of the Asian Games on August 24, 2018 in Jakarta, Indonesia. (File photo: VCG)

After FINA carried out the investigation, the Chinese Swimming Association requested Sun actively cooperate with the investigation with a serious attitude and provide effective evidence which objectively reproduced the scene. Currently, FINA ruled on January 3, 2019 that Sun did not violate the World Anti-Doping Code, according to the decision of a FINA doping panel. 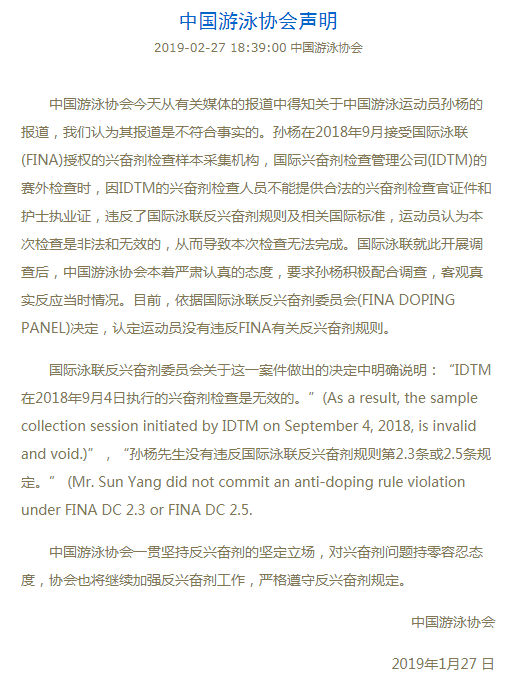 On Sunday, Sun was considering filing a lawsuit against The Sunday Times after the British newspaper published a report claiming the swimmer had violated anti-doping rules.

In a statement sent to Xinhua by Sun's lawyer Zhang Qihuai on Sunday, Zhang said the newspaper reported the incident with "a malign intention" which "severely damaged Sun Yang's reputation and violated his privacy."