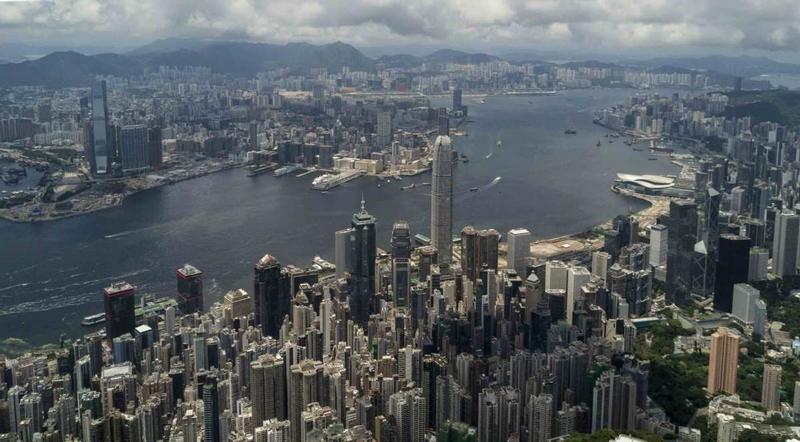 Hong Kong's economy is set to contract in the fourth quarter as the city reels from six months of violent social unrest, the financial chief said Sunday.

"Based on the situation of these few months, it is inevitable that negative growth will continue," Financial Secretary Paul Chan Mo-po said in a blog post. "This means the government will be less flexible in using financial resources under an economic recession."

The increasingly violent pro-democracy protests that started in June have undermined Hong Kong's economy, discouraging tourists from visiting and slashing retail sales. Visitors from the mainland, who comprise the biggest group of tourists in the city, has plunged by almost half, while retail revenue has dropped by about a quarter during the demonstrations.

Chan said his budget speech to be delivered in February will focus on supporting business, safeguarding employment, reviving the economy and relieving social distress as the city also faces international turbulence such as protectionism and geopolitics.

The "core competitiveness" of Hong Kong's financial market including the banking and securities system, the dollar peg and free flow of capital remain robust and orderly, Chan said.

Paul Chan reiterated that no effort would be spared to stop violence to restore people's confidence in the future.

During the past couple of months, the government introduced a number of relief measures, including direct subsidies and tax incentives, to help cope with economic recession brought about by the double-whammy of the Sino-US trade dispute and protracted social unrest in Hong Kong.

Visitor arrivals from China fell a record 46 percent in October to slightly more than 2.5 million, less than half of the record set in January. The most recent data for retail sales in Hong Kong, once a mecca for shoppers, showed a 24.3 percent plunge, the biggest ever.

Chan said his budget due for February would bring more reliefs, focusing on "supporting enterprises, safeguarding jobs, stabilizing the economy and improving livelihoods."

He predicted that the additional expenditure on relief is expected to plunge the government into the red for the first time in 15 years. The projected budget deficit would limit the flexibility of using fiscal measures to cope with an economic recession in the longer term, Chan added.

Hong Kong has little control over external factors affecting its economy. What it can do is to stop the domestic violence that has not only harmed the economy but also made life difficult for many Hong Kong people.

Urging the public to take a stand against violence, he said turning a blind eye to rioting and vandalism would be indirectly aiding those bent on destroying Hong Kong simply because they were dissatisfied with the government.

"We must do everything we can to stop violence and destruction," he wrote. If a person is misled into believing that he can achieve his political aim through destruction, "who would be willing to work for the development of Hong Kong?" he asked.

Chan pointed out that some people have deliberately created chaos in an attempt to continue a social movement. These people disregarded the lives of ordinary people. Only in a stable society can ordinary people live and thrive, he added.