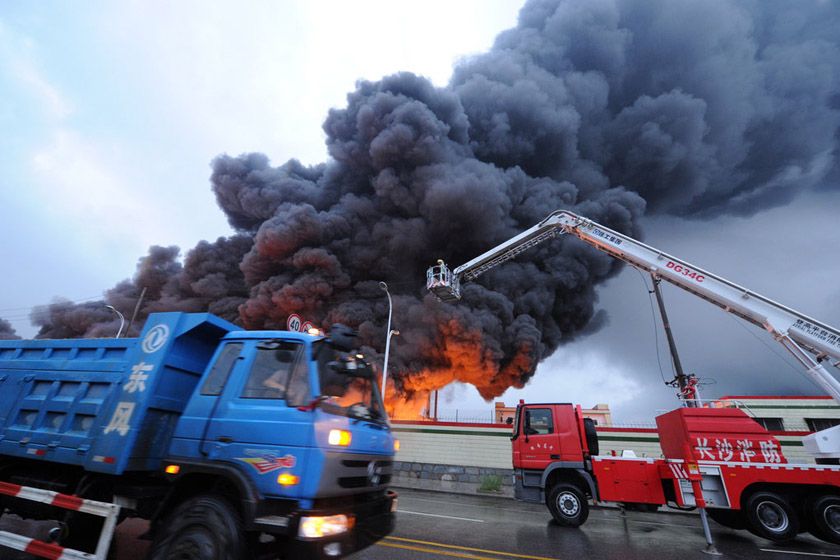 The brigade received the report at 8:41 p.m., saying a fire engulfed the factory on Shuguangbei Road, not very far from the city center.

No casualties have been reported.

A total of 32 fire-fighting trucks have been sent to put out the fire, which is still raging.