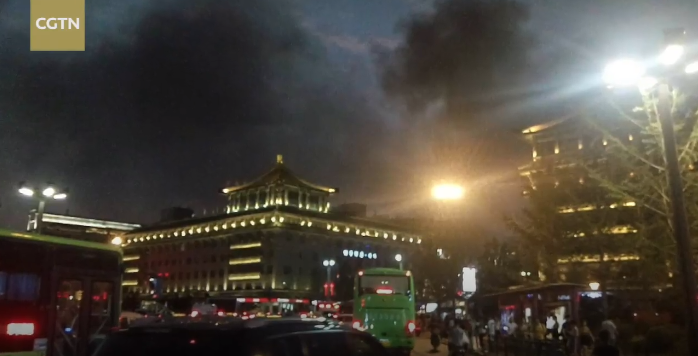 A huge fire broke out at a bank near the South Gate of Xi'an City in northwest China's Shaanxi Province on Thursday night, according to local media reports.

Black fumes could be seen in the videos posted by netizens on social media.

The area was cordoned off and fire engines were dispatched to the scene immediately. The fire has been brought under control.

There is currently no report on any damage or casualties.