CHINA Fire put out in Jokhang Temple in Tibet - Chinadaily.com.cn

Fire put out in Jokhang Temple in Tibet - Chinadaily.com.cn 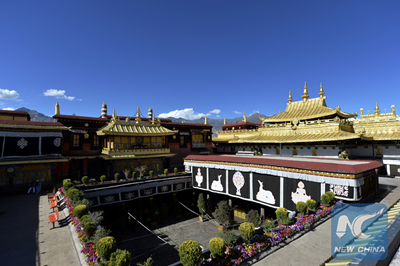 A fire in part of Jokhang Temple in Lhasa, capital of Southwest China's Tibet autonomous region, was put out Saturday evening, according to the official WeChat account of Tibet Daily.

No casualties have been reported.

Located at the center of old Lhasa, Jokhang Temple is a renowned temple for Tibetan Buddhism. It has a history of more than 1,300 years and houses many cultural treasures, including a life-sized statue of Sakyamuni when he was 12 years old.