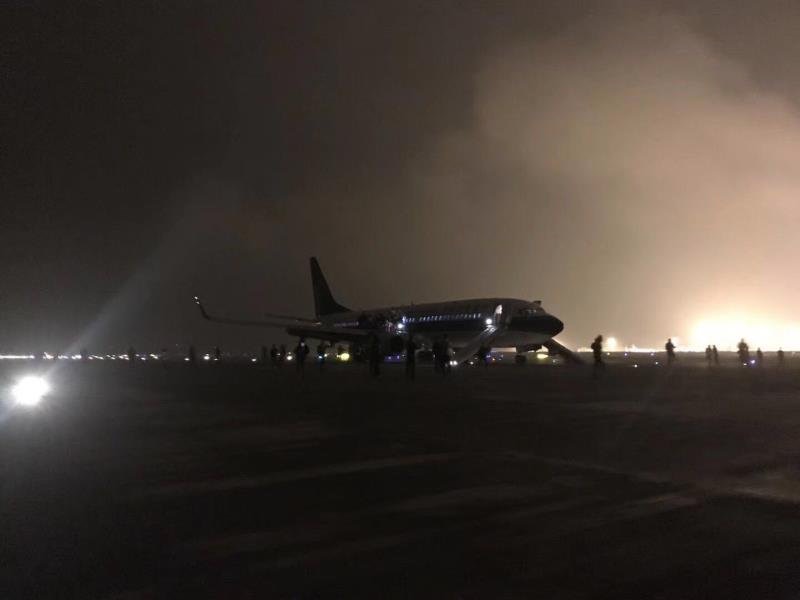 A fire has been reported at passenger cabins of China Southern Airlines flight CA6406 on November 13, and the plane is now making an emergency landing at airport in Changsha, Central China's Hunan Province, according to a post on Changsha Television's Weibo account.