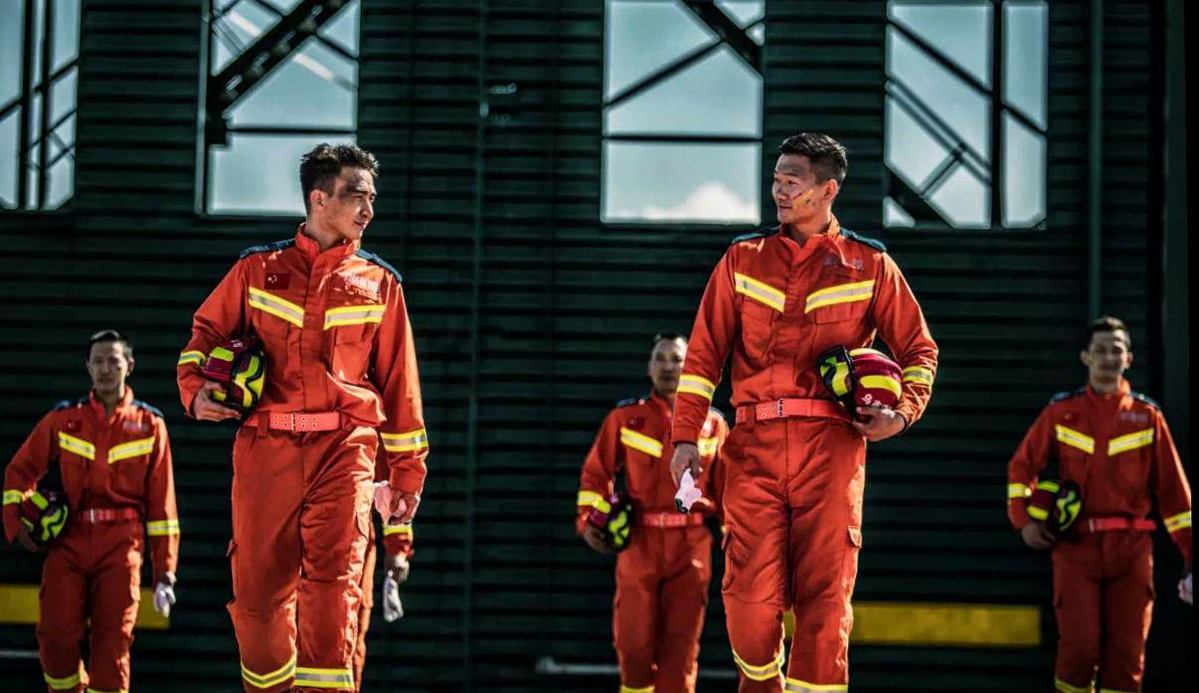 Instead of returning to his dormitory to get some rest, he and his colleague Tian Zheng rushed to fetch microphones and a tripod to start livestreaming on the popular Chinese short-video platform Douyin, where viewers from across the country were already waiting for them.

The session was themed on the firefighters' daily life, in which the two livestreamers shuttled between the training hall, basketball court and canteen, showing how their workmates work out, relax during spare time and what Xinjiang delicacies they eat. They also answered viewers' questions regarding fire safety.

"We want to popularize fire safety tips and share fragments of our daily lives with netizens. We want to show people what life is like for a firefighter through an insider's perspective, which not only includes something tough but also joys," said the 35-year-old Adiham Mahmti.

This livestreaming series, as part of a broader effort to enhance public awareness of fire safety, has garnered more than 5.2 million views on Douyin, the Chinese version of TikTok.

Adiham Mahmti and Tian, both from the Urumqi Fire and Rescue Detachment, stumbled upon this unique idea in March this year. During their emergency fire missions, they noticed that many people lacked fire safety knowledge, and decided to find a solution.

After some research, they found that short videos were popular among Chinese netizens, so they signed up on four social media platforms including Douyin and Weibo and started the livestreams.

Newbies to creating videos, they knew very little about filming techniques. They simply recorded their routine life at their workplace and explained the differences in the use of varied fire extinguishers. They later edited down the videos to around one minute to achieve an optimal length for social media video post, and uploaded them to the platforms.

"It's been a great way to stay in touch with the audience and help them master fire safety knowledge. At the same time, we also had fun creating videos," said Adiham Mahmti.

Their videos have struck a positive chord. The subscriber count soon soared and the comment sections of their accounts were inundated with engagement, with viewers seeking more updates and asking questions about fire safety.

They, however, didn't have much time to respond to each question. So, in late June this year, they decided to try their hand at livestreaming, which would enable them to answer frequently asked questions from the followers.

Within three months, their 12 livestreaming sessions have racked up over 20 million views. The sessions touched upon many relevant topics such as drowning prevention, fire escape plans in large-scale commercial complexes, among others.

More institutions and departments in Xinjiang and the rest of the country have offered to join their efforts. In July, a health expert from the regional health commission offered training on first-aid skills like cardiopulmonary resuscitation in their livestream session.

There is no financial gain for them, but Adiham Mahmti said he is happy that their efforts are "making a difference."

Currently, they have more than 1.7 million followers from across the country on the platforms, and they have developed a rapport with their followers over the months.

The two firefighters are showered with messages of gratitude and praise. Some messaged them, saying they have learned how to prevent fire risks in their home and brought a fire extinguisher based on their suggestions while some followers drew cartoons for them.

They recently bumped into some kids who have viewed their videos and livestreams and aspire to become firefighters just like them.

"It was one of the proudest moments of my career," Adiham Mahmti said.

They now want to diversify the content of their videos and livestreams. "Showing viewers how we deal with fire hazards on site is one of our plans," he said.

"We look forward to collaborating with more departments and organizations from various fields and create videos that are not only entertaining, but also full of knowledge. We will also improve our expertise in selecting topics and crafting videos," said Adiham Mahmti.