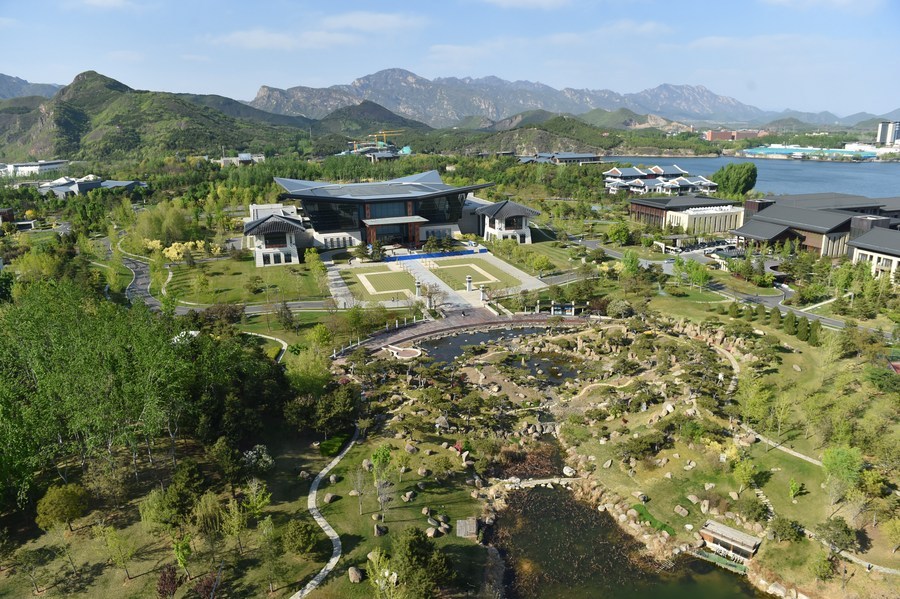 Photo taken on April 23, 2020 shows the scenery at Yanqi Lake in Huairou District of Beijing, capital of China. (Photo: Xinhua)

Environmental issues used to be a subject of office small talk in Beijing, with the persistent haze shrouding the Chinese capital prompting animated discussion.

However, as skies have cleared in recent years, such topics no longer figure in casual conversation.

In September, China announced its ambitious target of peaking carbon dioxide emissions before 2030 and realizing carbon neutrality before 2060.

Climate change is attracting considerable attention, with most people I am close to firmly believing that global warming is an urgent issue.

However, I also find that many people do not think they can make a contribution to tackling climate change.

They may have to reconsider their views, following the release in the middle of last year of a report compiled for the Chinese government by the China Council for International Cooperation on Environment, a high-level international advisory body.

This has slowed the country's green economic transition, the report said, adding, "With expanding consumption, growing pressure on natural resources and the environment can be expected to intensify."

In an earlier interview, Ren Yong, a leading author of the report, shared stunning data with me. He said vehicle emissions in Beijing were now responsible for almost one-third of the PM2.5－tiny particulate matter hazardous to health－in the capital's air.

Ren, director-general of the Ministry of Ecology and Environment's Environmental Development Center, also warned of a grim situation in the disposal of growing piles of construction waste and trash from the booming express delivery industry.

Such increased consumption produces carbon emissions that warm the planet. "Precaution is needed to counter this tendency," the report said.

In October, a key meeting of the Central Committee of the Communist Party of China decided that green lifestyles and production processes would be promoted in all sectors of society.

Recent fatal torrential rainstorms in China and Germany, along with the extraordinary heat wave in the Pacific Northwest, are among the all-too-painful reminders of the climate risk that is looming larger.

If the situation continues to worsen, nearly everyone will be affected. To save the world as a whole and to save ourselves, we must not hesitate in acting to counter this threat.

I am glad to see that, while some Chinese have taken the initiative to conduct green lifestyles, many local governments have been exploring ways to motivate more people to follow suit.