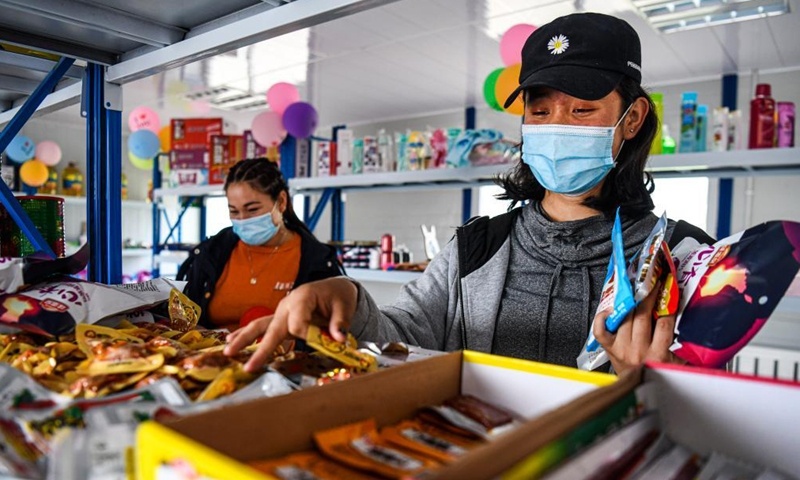 Chinese factories should not bend to foreign political pressure and reject workers from Northwest China's Xinjiang Uygur Autonomous Region, or they could be investigated and punished by law, a Chinese legal expert said on Wednesday.

The warning came after some overseas media outlets reported that certain Chinese factories that supply Apple and Nike or make products sold in the US no longer recruit workers from Xinjiang.

One plant that was identified in the reports is Hubei Haixin Protective Products Group Co, a Chinese mask producer based in Central China's Hubei Province, whose masks are sold on US e-commerce sites like amazon.com.

According to a report by The Wall Street Journal on Tuesday, Hubei Haixin decided not to renew contracts of its Xinjiang workers last September, after reports of alleged forced labor accusations "drew negative attention," an employee at the company was quoted as saying.

The report also said that Lens Technology Co, a Chinese supplier to Apple, has also stopped hiring Uygur workers. A Chinese subsidiary of Taekwang Industrial Co, which makes sneakers for Nike in China, was also reported to have similar practices.

An employee at Hubei Haixin said that the company "has no recruitment plans now" before hanging up when contacted by the Global Times. Lens Technology couldn't be reached for comment on Wednesday.

Apple and Nike also didn't respond to inquiries from the Global Times as of press time.

However, if the reports were true, the companies might be in serious violations of Chinese law and should be investigated and punished, a Chinese legal expert said.

"If they reject Xinjiang employees for no justified reasons, they are breaching China's labor laws, under which every Chinese citizen has the right to be employed, regardless of their ethnicity," Zhi Zhenfeng, a legal expert at the Chinese Academy of Social Sciences in Beijing, told the Global Times on Wednesday.

The reported rejection of Xinjiang workers came as some overseas media outlets and institutions continue to make the widely debunked claim of "forced labor" in Xinjiang, which has led to bans on imports from Xinjiang by foreign governments.

A number of overseas brands ranging from H&M to Nike have also angered the Chinese public previously for claiming to boycott Xinjiang cotton.