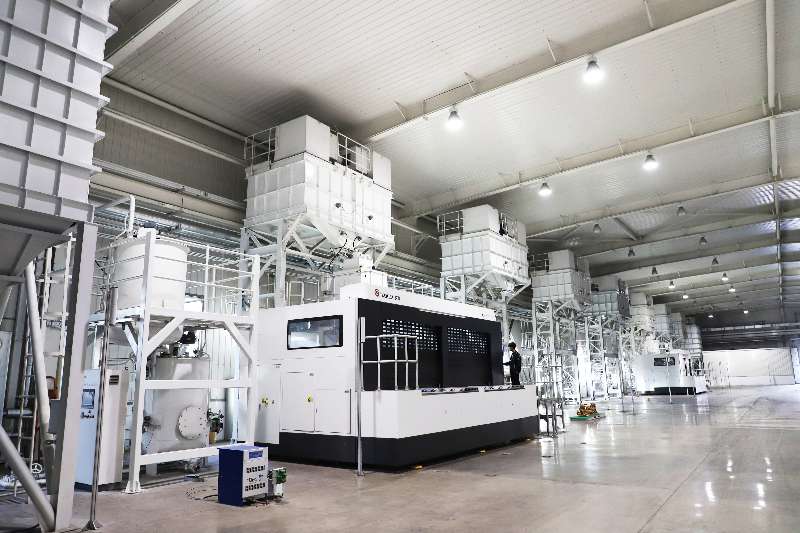 The entire workshop requires only seven people per shift, all working in air-conditioned environment. There is no crane, no heavy physical labor, and zero emissions. But the production efficiency is more than five times that of traditional casting of the same scale.

According to Liu, the company has produced a total of five categories, hundreds of kinds, more than 6,000 tons of 3D printing castings.

For instance, the production of engine cylinder head castings previously used metal molds to make nearly 20 parts (sand molds), and needed high-skilled precision assembly. A senior technician must be trained for six months to do the work.

However, with the new technology of 3D printing, it can be completely printed in one session, and the error has fallen from 1 mm to 0.3 mm. Production efficiency can be raised by about three to five times and yield can be increased by 20 to 30 percent, said Liu.