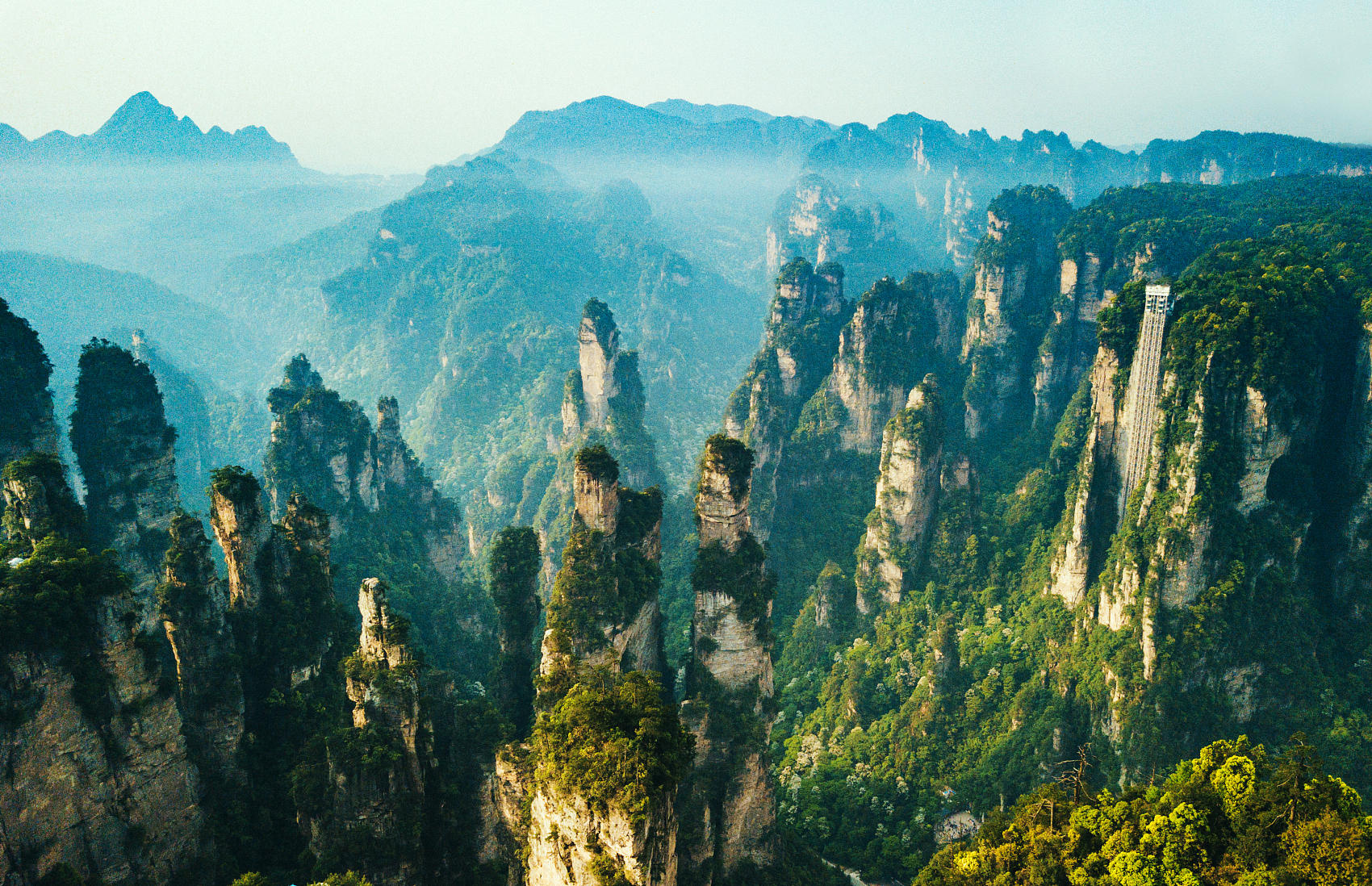 CHANGSHA, Aug. 13 (Xinhua) -- Tourists stranded in Zhangjiajie for more than a week, a popular tourist city in central China's Hunan Province, began to leave the city on Friday.

The first batch of tourists leaving the city includes 440 people, who had completed their concentrated quarantine of a fortnight in the local designated hotels with all negative results for the COVID-19 in the city's five rounds of nucleic acid testing.

Other stranded tourists will be allowed to go after they meet specific standards of being released from quarantine.

The tourists who are allowed to leave the city had shown no symptoms for the coronavirus infection and reported no close contact with confirmed and asymptomatic cases, said local authorities.

Starting from Aug. 3, people in Zhangjiajie, including tourists, had been prohibited from leaving the city as part of efforts to curb the latest resurgence of COVID-19.