Beijing's first snowfall of the season on Friday sparked a flurry of "white" business opportunities on e-commerce platforms over the weekend.

Many of them, however, had been removed by 5 pm on Saturday as vendors were worried the services could not be delivered because the snow had started melting at noon on Saturday.

Words written in the snow can be passed to customers via videos or photos, according to vendors. The whole process of writing blessings or names of couples can also be recorded and sent to buyers.

Making a snowman measuring up to 10 centimeters costs 25 yuan, while a 5 cm snowman costs 10 yuan.

A vendor said snowmen cost more than characters written in snow because they take longer to create.

Famous tourist spots like the Palace Museum and the Temple of Heaven are popular sites for filming the writing of characters in snow, but vendors said special rates needed to be discussed.

The capital's parks were visited by 300,000 people eager to enjoy the snow over the weekend, up 50 percent compared with the number of visitors a week before, the Beijing Municipal Administration Center of Parks said.

Jingshan Park, which offers a panoramic view of the Palace Museum, was one of the most popular snow scene sites for tourists.

The Palace Museum also saw more people visiting on sightseeing tours, with 80,000 tickets-the daily limit at the museum-sold by 10 am on Saturday. 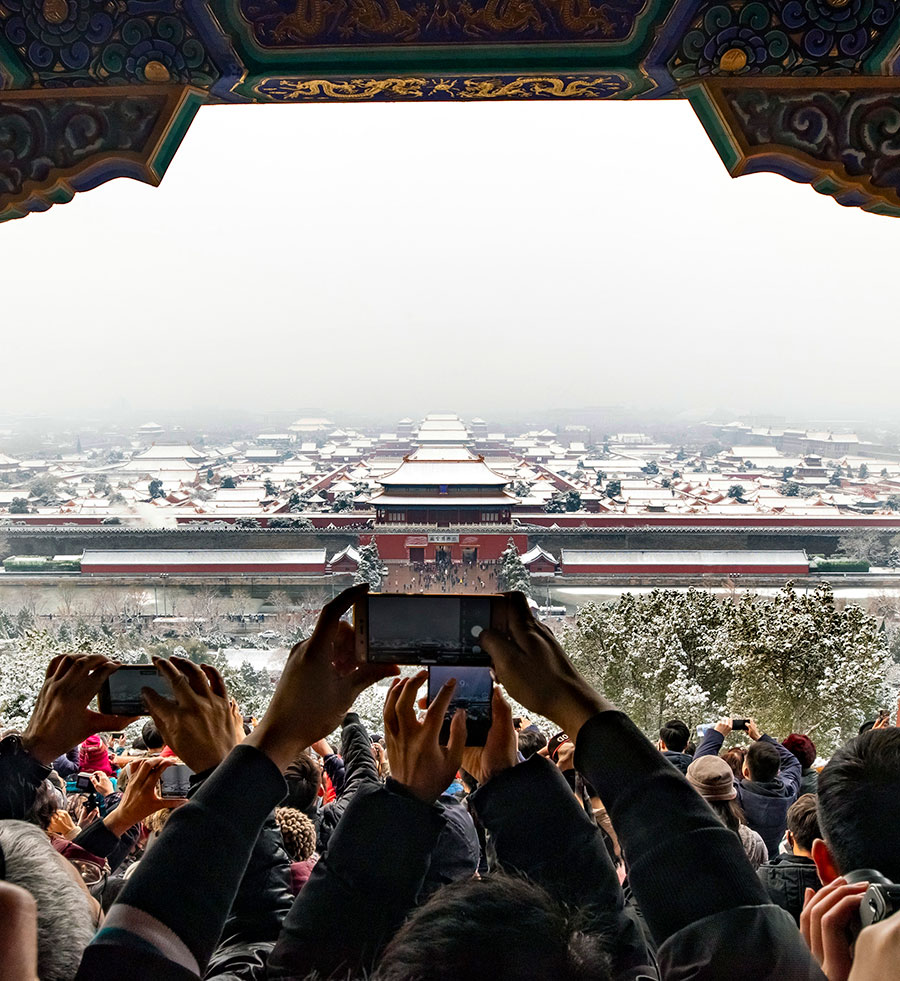 Visitors jam the top of Beijing's Jingshan Park to get a panoramic view of the Palace Museum on Saturday, after the capital had its first snow of the winter on Friday. (Photo: Xinhua)