The first proboscis monkey born in China is growing healthily and learning how to climb, five months after it came into this world in Guangzhou City, south China's Guangdong Province.

The proboscis, or long-nosed, monkey is unique to the Southeast Asian island of Kalimantan and is listed as endangered on the International Union For Conservation of Nature's (IUCN) Red List of Threatened Species. 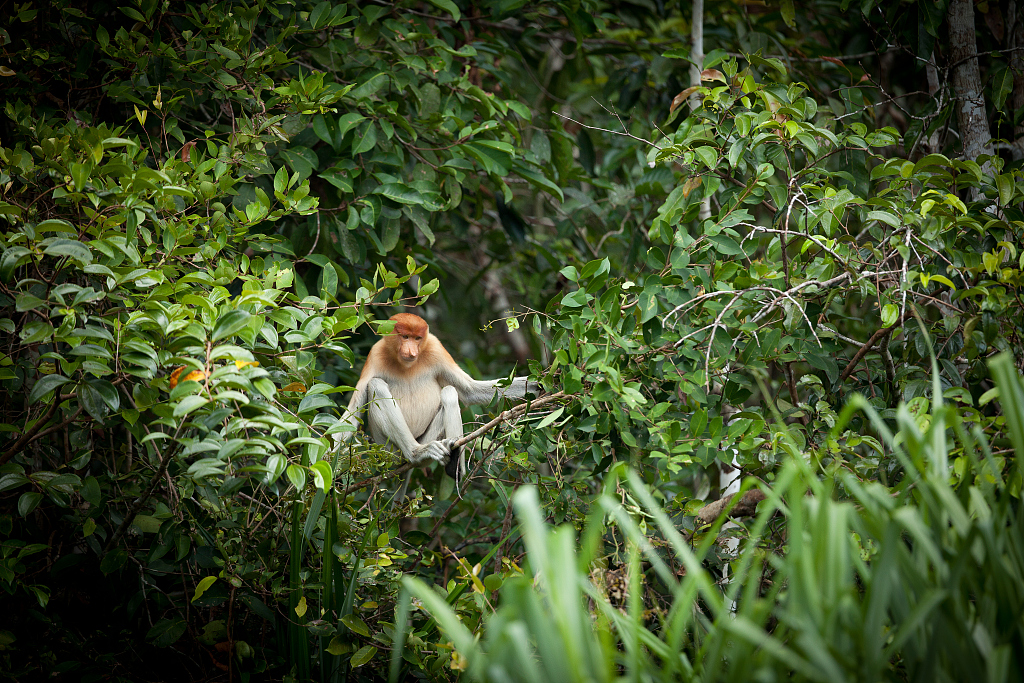 The species was introduced to China in September 2017, and the baby monkey was born on September 2 last year.

It sported dark fur when it was born, but that has now been shed, revealing a reddish brown pelage.

The baby monkey now shows great appetite, snuggling up to its mother at least 20 times a day in search for milk.

"The baby monkey still feeds on breast milk most of the time, but it's also learning from its mother to nibble on leaves, fruits and vegetables," said Cen Mincong, keeper of the proboscis monkey. 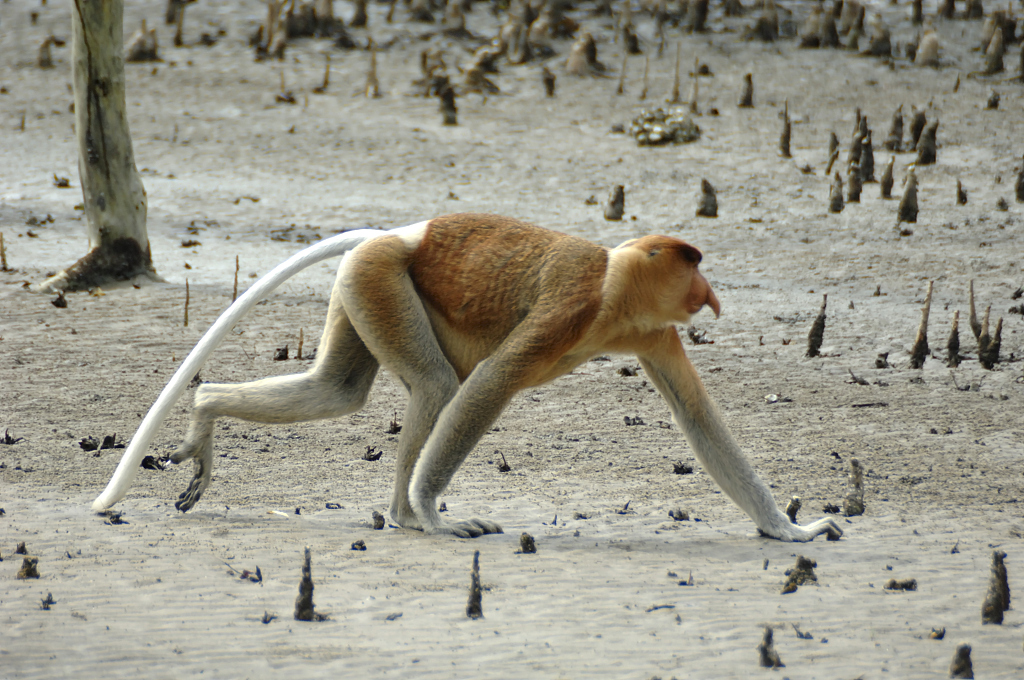 Now that the baby monkey is getting older, it's also starting to become more active. For example, since its muscles are developing, the baby monkey has started its climbing training with the keepers.

To ensure the safety of the training, the keepers hung a hammock-like net in case the baby monkey falls. Yet it  somehow sees this safety precaution as a toy and has developed a hobby of jumping into the hammock, bouncing up and down for fun.

"If it feels bored, it will jump into the net from somewhere high and play on it before jumping back up to the woods. It jumps from place to place," said Cen.