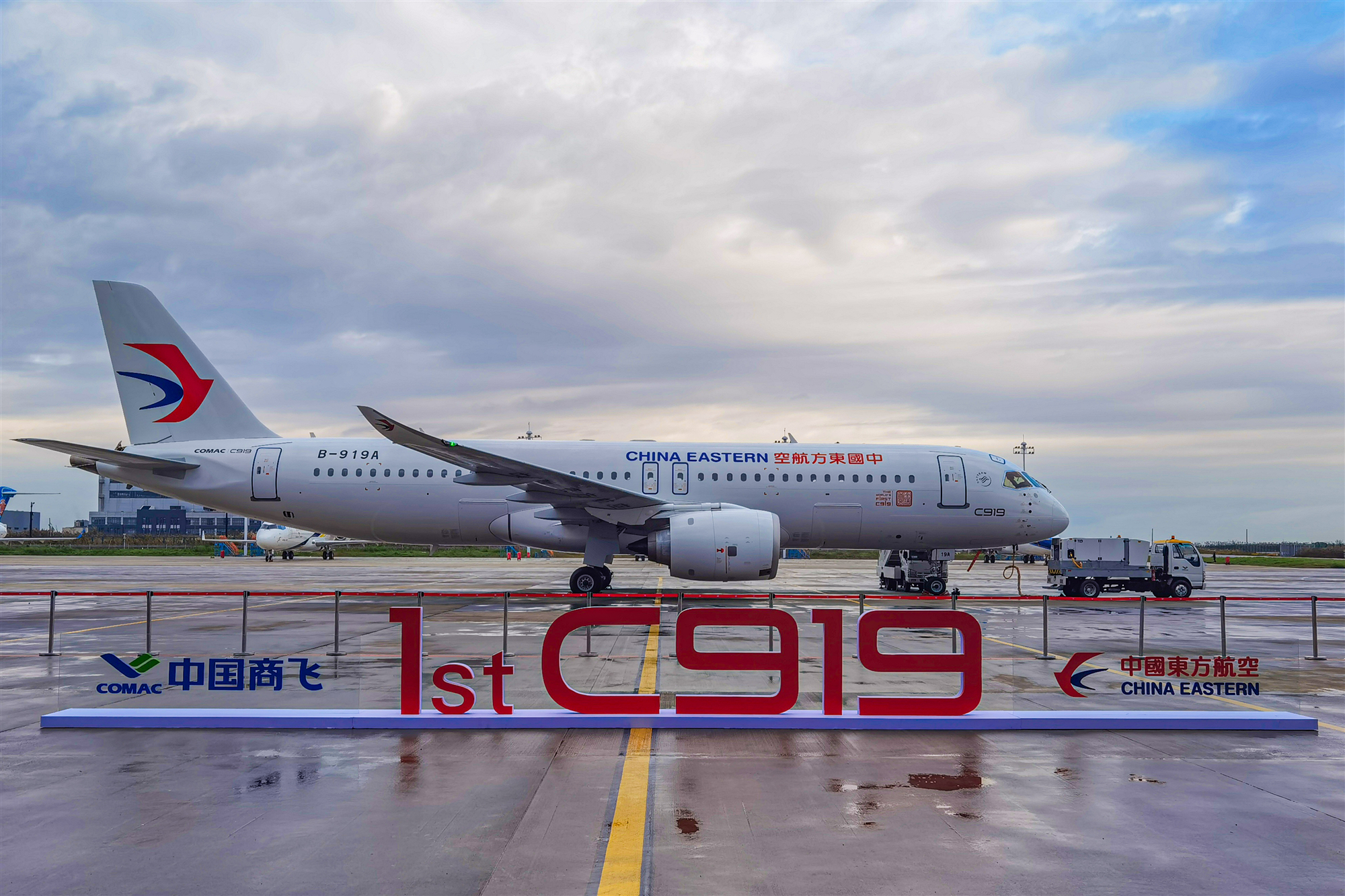 Developed by the Commercial Aircraft Corporation of China (COMAC), the airliner represents a milestone in the country's decades-long pursuit of civil planes designed and manufactured locally.

The aircraft adopts a 164-seat configuration that comes with a two-class cabin layout, including 8 business class seats and 156 economy class ones.

The aircraft is expected to make its commercial debut early next year. 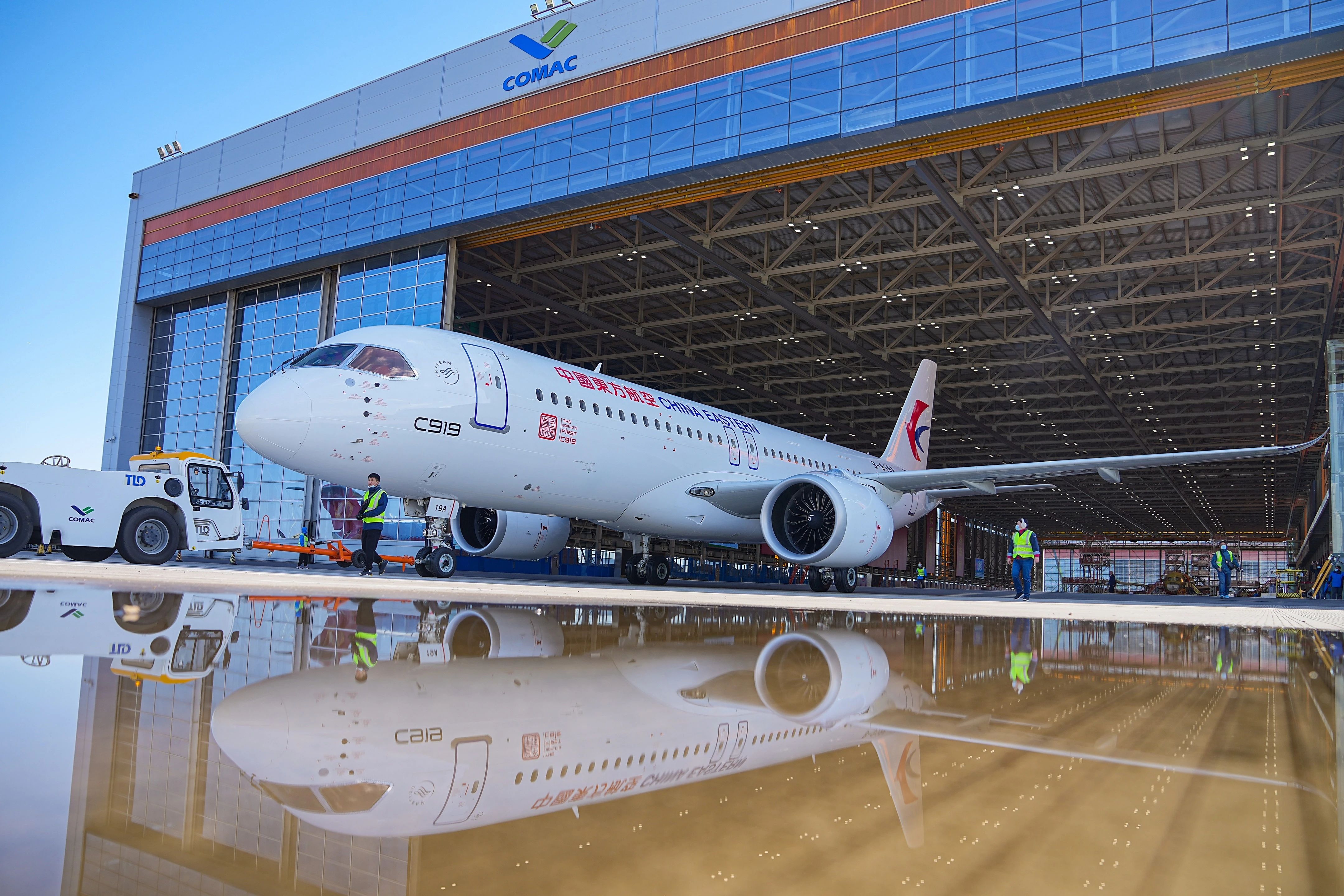 C919 made its maiden flight in 2017 and received a certificate from the Civil Aviation Administration of China this September.

Shanghai-based China Eastern Airlines is the second-largest carrier by passenger numbers in China. It boasts a fleet of nearly 800 airplanes.