This is the first foreign naval vessel to arrive for the four-day event which is to start on April 22.

With a displacement of 3,200 tonnes, an overall length of 114.8 meters and a beam of 16.3 meters, the Formidable-class frigate RSS Stalwart of the Republic of Singapore Navy has a maximum speed of 27 knots. 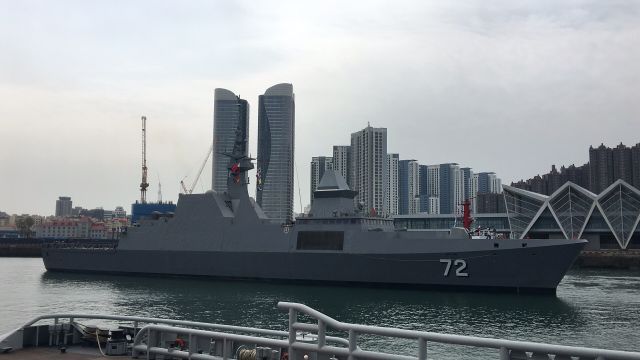 April 23 marks the 70th founding anniversary of the PLA Navy.