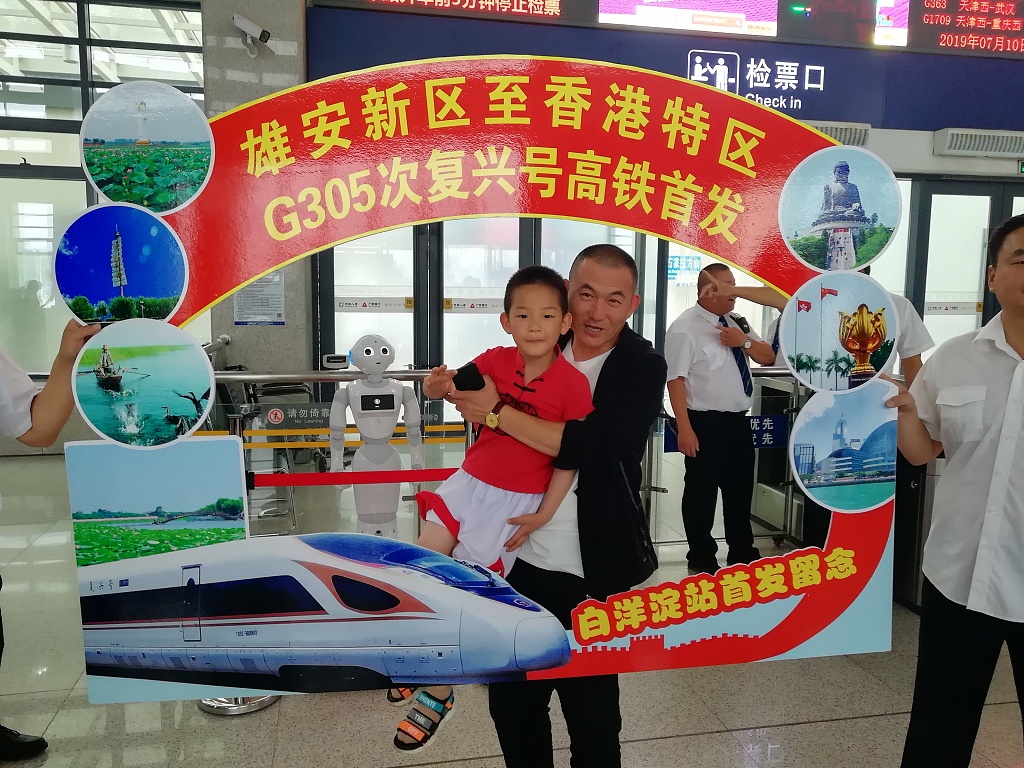 A pair of EMU trains G305 and G306, connecting Tianjin, Xiongan New Area and Hong Kong, began operations today. Passengers from north China’s Tianjin Municipality and Xiongan New Area, 125km south of Beijing, can go to Hong Kong more easily and conveniently, because they don’t need to transfer at Baoding Station or Beijing Station any more, and the travel time has been shortened to around 10 hours.

G305 made its maiden voyage from Tianjin West Station at 10:58 am today. It is expected to arrive at Hong Kong West Kowloon Railway Station after traveling 2,450km and stopping at 11 stations along the way. Her counterpart, G306, will not start her journey until 9:48 am on Thursday.

This arrangement of BRA (Beijing Railway Administration) also adds several EMU trains, which connect Hong Kong and the other cities, like Chongqing and Nanning. Eight stations, including Zunyi Station, Guiyang Station and Baiyangdian Station, can now offer services transiting passengers directly to Hong Kong. The number of high-speed railway stations linking the mainland and Hong Kong have increased to 58.