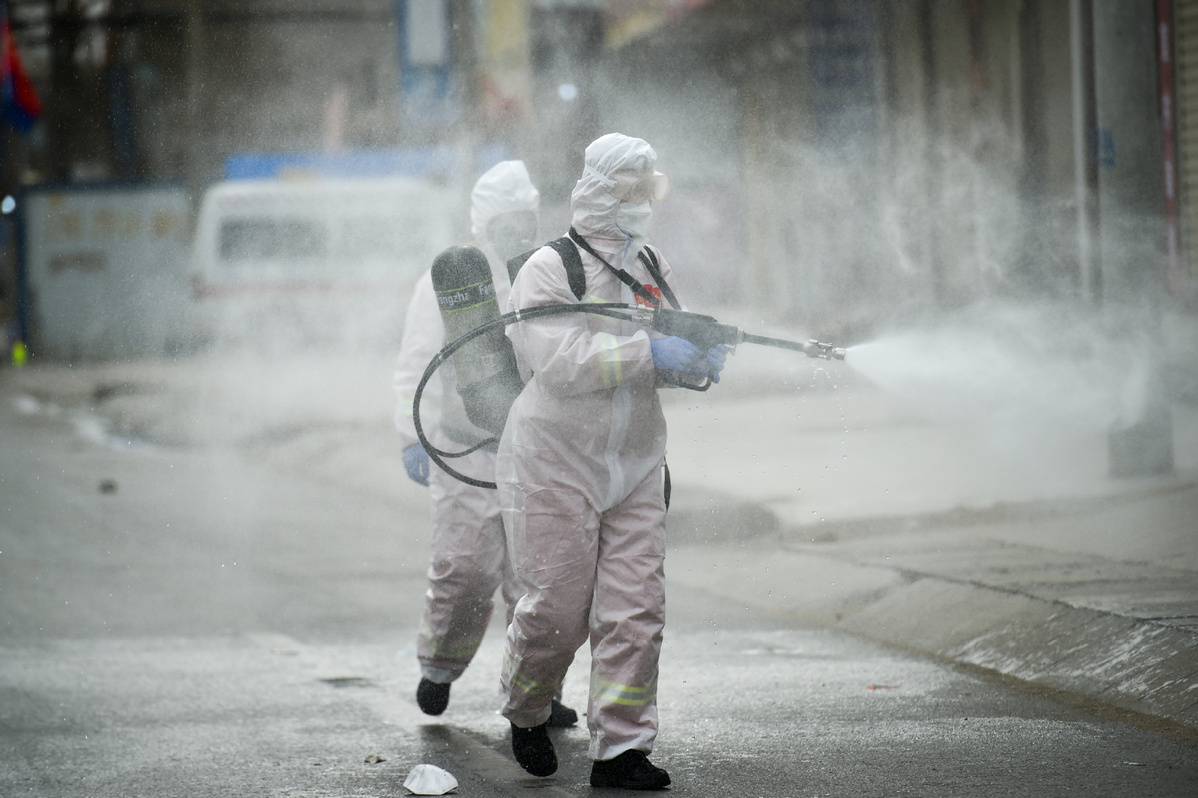 After seven consecutive days of zero reports of locally transmitted COVID-19 cases on the Chinese mainland, one such confirmed case was reported in Hebei province on Sunday, the National Health Commission said on Monday.

The patient is a resident of Xiaoguozhuang village in Shijiazhuang. The patient didn't leave the village between Jan 3 and Jan 9 and was put under centralized quarantine on Jan 10. The individual tested negative for the novel coronavirus during those days.

After running a fever, the individual was transported to hospital by an ambulance on Saturday night and the nucleic acid test result came back positive on Sunday morning. The individual became a confirmed case later that day.

Altogether, nine newly confirmed cases were reported on the Chinese mainland, and the other eight were imported, the commission said.

On Sunday, 61 COVID-19 patients across the Chinese mainland were discharged from hospitals after recovery. Altogether 1,615 close contacts had fulfilled medical observation on Sunday.

By the end of Sunday, a total of 4,869 imported COVID-19 cases had been reported on the Chinese mainland. Among them, 4,633 had been discharged from hospitals after recovery, and the other 236 remained hospitalized for treatment. No deaths had been reported among the imported cases.

By Sunday, the total number of confirmed COVID-19 cases on the Chinese mainland reached 89,772. Altogether 84,499 patients had recovered and been discharged, 637 patients were still receiving medical treatment and 4,636 had died as a result of contracting the virus.

Also on Sunday, 10 asymptomatic COVID-19 carriers were reported, all of the infections imported. On the same day, three asymptomatic cases were recategorized as confirmed cases.

A total of 396 asymptomatic cases were under medical observation, of which 283 were imported.

By 3 pm on Sunday, there were four high-risk and eight medium-risk regions for the spread of COVID-19 on the Chinese mainland. In Shanghai, the Xingaoyuan residential neighborhood was categorized as a medium-risk region on Feb 5 after a resident became a confirmed case.

Each of the more than 1,400 households in the neighborhood had received a gift pack for Chinese New Year's Eve, which fell on Feb 11 this year. There were 11 kinds of food products, including snacks, rice and cooking oil.

The Shanghai Municipal Center for Health Promotion released personal hygiene protection tips for the public centering on scenarios including meeting relatives and friends, going to public venues, eating and recreation during the Spring Festival holiday.

"For sanitary reasons, families and friends are strongly suggested to use serving chopsticks and spoons when eating together," it said.

Individuals must keep social distancing with others on public transport and wear masks in the standard way throughout the journey. A mask that has become damp, broken or has been used for four consecutive hours is no longer effective for virus protection, according to the center.