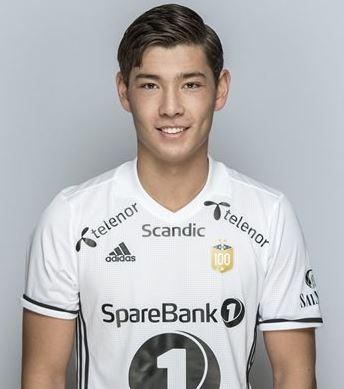 Hou Yongyong, a Norwegian soccer player of Beijing Guoan, a professional Chinese soccer club, got his interim identity card in Beijing on Tuesday, becoming the first overseas soccer player to get Chinese citizenship.Zhu Yi, a Chinese administrator of TransferMarkt, a German news site on soccer news, said on his Weibo account on Tuesday that Hou had gained Chinese citizenship, which means that he will be able to register as a national player at the Chinese Football Association (CFA).Hou is also eligible to play for the national team and is expected to play in the 2019 Super League held by CFA next weekend, Sina Sports posted on its Weibo account on Wednesday.Hou and another player, Nico Yennaris from England, are the first naturalized players to be recruited by Beijing Guoan to play in the league once the naturalization process is completed, and are expected to improve Guoan's performance, Beijing Sports Radio reported in September 2018.Nico who has English and Cypriot blood, is preparing to give up his previous citizenship and  get a temporary Chinese ID card, The Beijing News reported on Wednesday.Hou Yongyong, 21, immigrated to Norway from Central China's Henan Province when he was a young boy. In 2014, Hou was given the youth soccer player award by the Norway Soccer Association, and he was considered as one of three most outstanding players born in 1998 by Norwegian media, China News Service reported on Tuesday.The report said that Hou's mother, whose hometown is Luoyang, Henan, noted that she hopes her son can play for the Chinese national team one day and her dream has come true.Guangzhou Evergrande Taobao Football Club, another Chinese soccer club, is also searching for appropriate players to naturalize, said the report.Chinese netizens congratulated Hou for gaining citizenship but someone questioned whether naturalizing overseas players can really improve the performance of Chinese soccer teams.Du Zhaocai, the Secretary of the Communist Party of China of CFA, said in a meeting in December 2018 that the association would promote the project of naturalizing outstanding overseas soccer players to help build world-class soccer teams in the country, the Guangzhou-based Information Times reported. The CFA had reportedly chosen four domestic clubs as pilot projects and six foreign players from these clubs had expressed an intention to be naturalized, according to the report.