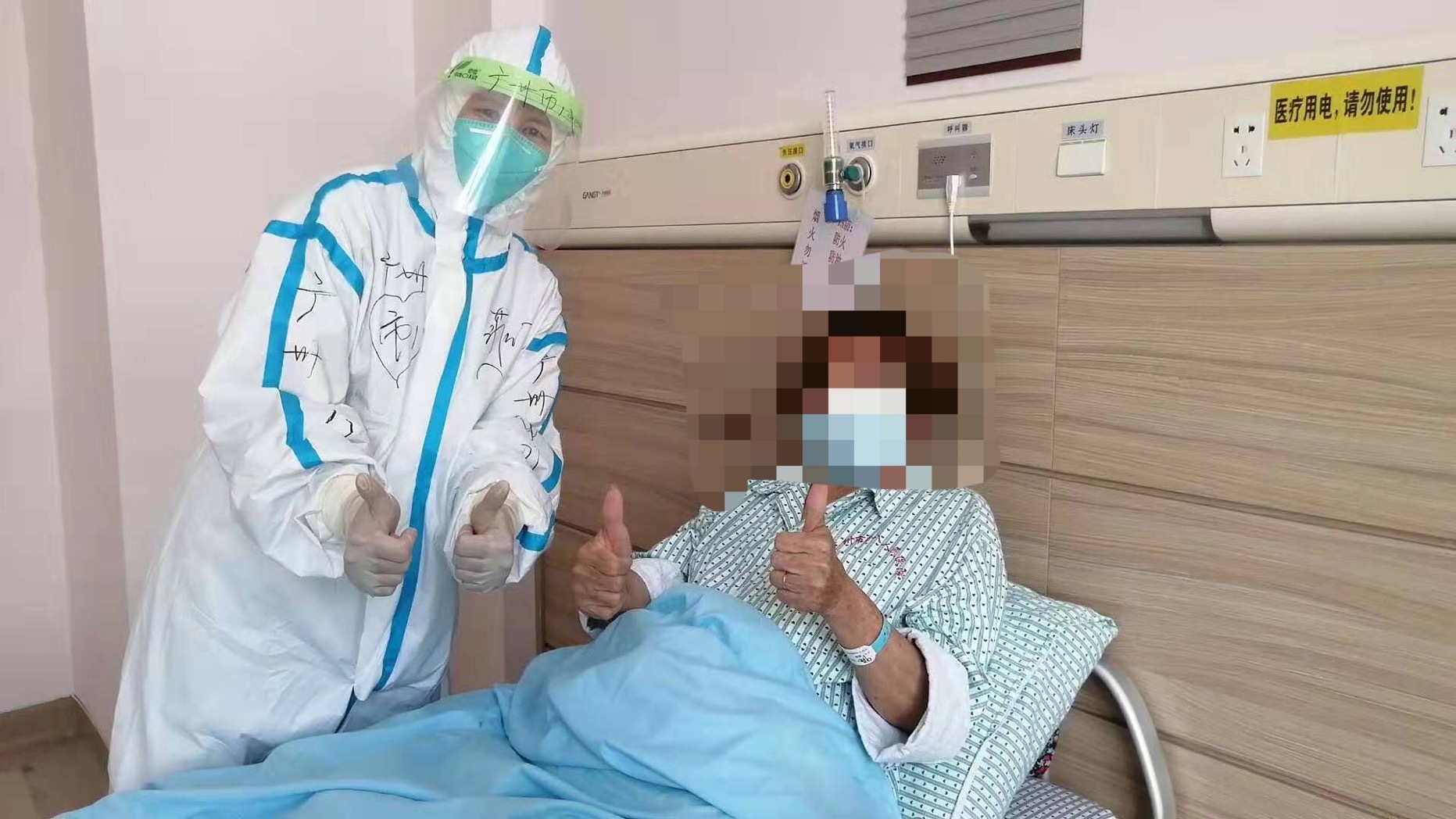 The first confirmed COVID-19 patient, surnamed Guo, 75, gives a thumbs-up with a medical worker in Guangzhou, before being discharged from Guangzhou Eighth People's Hospital on Thursday. (Photo: China Daily)

Two COVID-19 patients in Guangzhou, Guangdong province, who had been confirmed with the infection earlier, were discharged from the hospital on Thursday morning.

Additionally, two more asymptomatic carriers in the city were also released from medical quarantine and enter an observation phase, according to the Guangzhou Eighth People's Hospital.

"Results of nucleic acid tests for both Guo and He, along with the two asymptomatic carriers, twice within 24 hours, show negative. And they feel very good now," said Lei Chunliang, director of the hospital.

The four will go home but remain under observation for some time, Lei said.

As of Wednesday, Guangzhou had reported 119 locally transmitted COVID-19 cases including 112 confirmed cases and seven asymptomatic carriers since May 21, according to the local health commission.

Confirmed patients and asymptomatic carriers are treated at Guangzhou Eighth People's Hospital, which has been designated for isolation and treatment of coronavirus cases.

Two students who tested positive for the coronavirus earlier took the national college entrance examination, or gaokao, in isolation wards at the hospital.

Local cultural and tourism authorities have called on local residents not to leave Guangzhou during the upcoming Dragon Boat Festival holiday, as efforts to prevent the spread of the coronavirus have tightened.

"Travel agencies are not allowed to organize people to leave Guangzhou or the province to reduce the risk of spreading the coronavirus and widening the pandemic," said Wu Qingsong, deputy director of the Guangzhou Culture, Radio, Television and Tourism Bureau.

The Dragon Boat Festival — also known as the Duanwu Festival — is traditionally celebrated on the fifth day of the fifth month on Chinese lunar calendar.