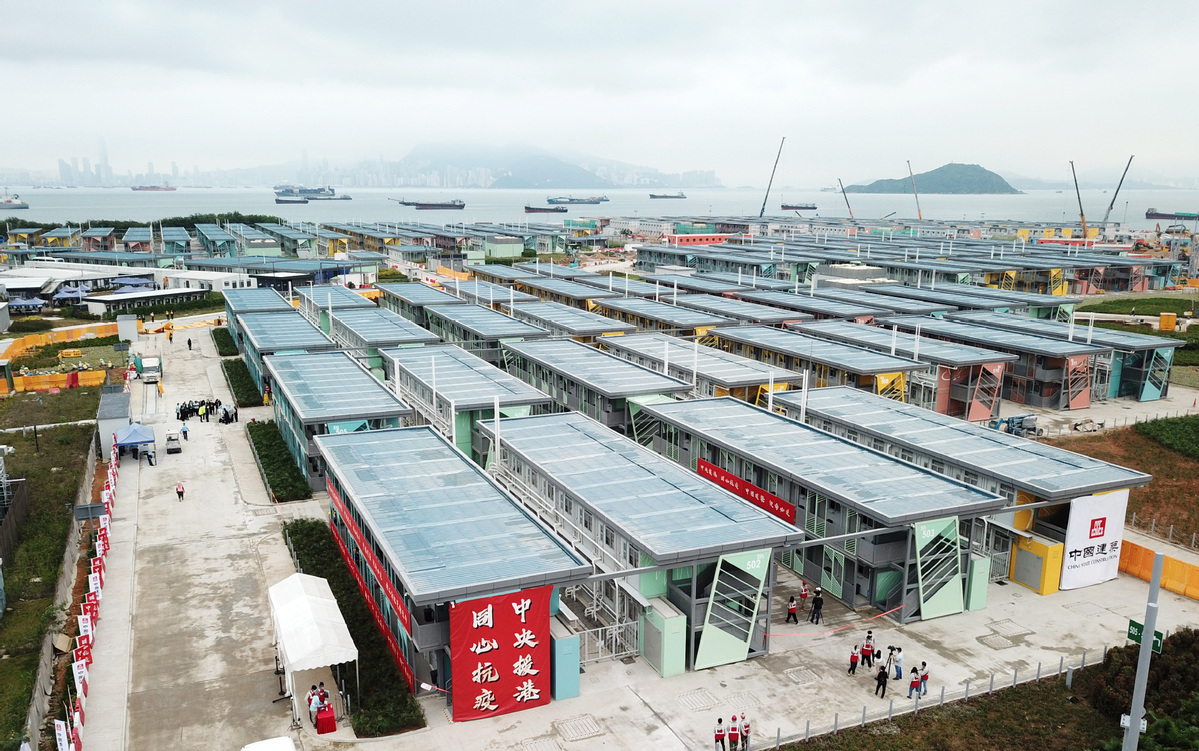 A view of some of the newly constructed units at the community isolation facility at Penny's Bay, Hong Kong, on April 19, 2022. (Photo: Xinhua)

The first phase of the central government-aided Penny's Bay isolation facility was completed and handed over to the Hong Kong Special Administrative Region government on Tuesday, offering about 2,000 beds for COVID-19 patients who are asymptomatic or have mild symptoms.

Designed and constructed by China State Construction International Holdings Limited, the facility at Penny's Bay — the city's largest — can provide around 14,000 beds in total.

It is one of three isolation facilities still being constructed with the central government's support. Six others opened earlier.

The community isolation facility adjacent to the Kai Tak Cruise Terminal is still under construction, while the first phase of the Central Government-Aided Emergency Hospital in Lok Ma Chau Loop was completed on April 7, offering 500 negative pressure tented beds.

The construction of isolation facilities is a snapshot of the support that State-owned enterprises have provided to Hong Kong.

Led by the China Baowu Steel Group, the steel supply service center has provided nearly 20,000 metric tons of steel for the construction of facilities in Hong Kong.