The first joint rehearsal for the upcoming National Day celebrations ended early Sunday morning in Beijing, about three weeks ahead of the 70th anniversary of the founding of the People's Republic of China (PRC), which falls on Oct. 1. 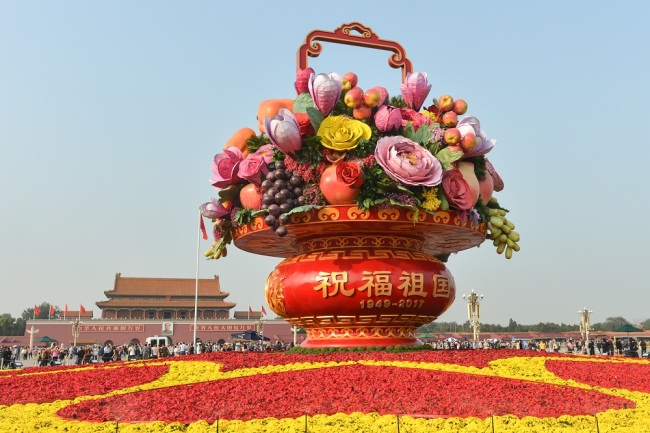 A general view of a huge flower and fruit basket monument at Tiananmen Square in Beijing, September 27, 2017. (File Photo: IC)

The rehearsal was held from 11 p.m. Saturday to the wee hours on Sunday in Tian'anmen Square in downtown Beijing. About 90,000 people were involved in the rehearsal and related supporting services.

A total of six parts of the celebrations were rehearsed, including a grand military parade, a mass pageant and performances as well as the on-site test of the control system of fireworks display, according to the media center for the celebration of the 70th anniversary of the PRC.

The rehearsal was well organized and reached the expected results, according to the center.

Beijing municipal authorities expressed appreciation of local residents for their understanding and support of the rehearsal.