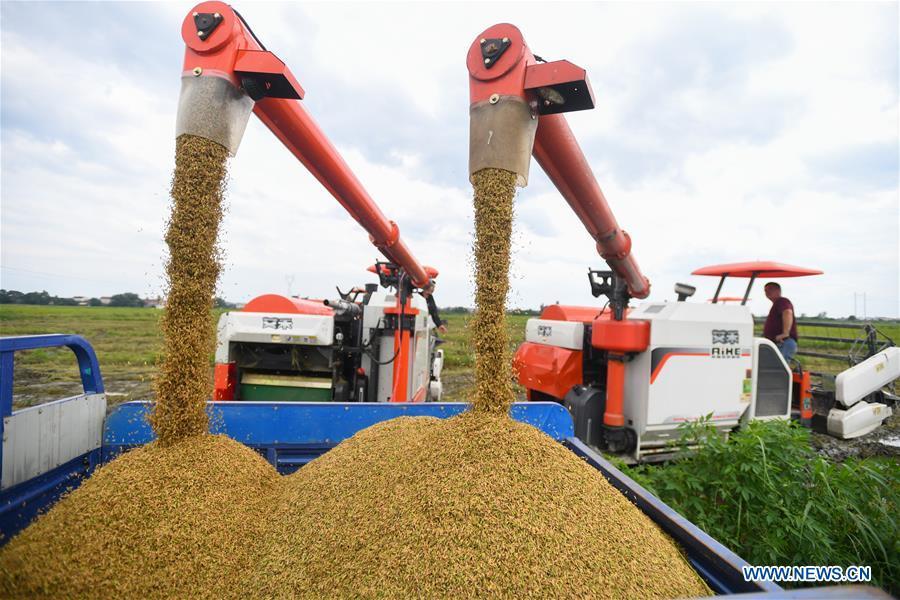 A sample survey in China's 10 provinces indicates that the total output of the first rice harvest nationwide reached 28.02 million metric tons, up 2.7 percent over last year, the National Bureau of Statistics of China said.

The sowing area of the rice covered 4.73 million hectares this year, a year-on-year decrease of 0.4 percent that was mainly due to dry climate and adjustments of the planting structure, said Li Suoqiang, chief for rural affairs at NBS.

The timely transplantation of the rice was affected due to less precipitation in some areas in southern China and poor irrigation conditions in areas including Guangdong province.

"Farmers switched to crops such as sweet potato and corn," Li said.

Moreover, the contaminated farmland in Hunan province has withdrawn rice planting, also resulting in a decline in the planting area.

Measures have been taken to ensure the stability of areas designated for the first rice harvest, including the reclamation and replanting of abandoned land and support for agricultural enterprises to participate.

The early rice yield this year was 5,918 kilograms per hectare, an increase of 3 percent over the previous year, NBS said.

Since early rice was planted, weather conditions in major producing areas has been good, and the occurrence of rainy and flood disasters was light, which contributed to its growth and yields, it added.

"Given the complicated and severe external environment due to the COVID-19 pandemic, the bumper summer grain harvest and the increase in early rice production have laid the foundation for stable grain production throughout the year," Li said.