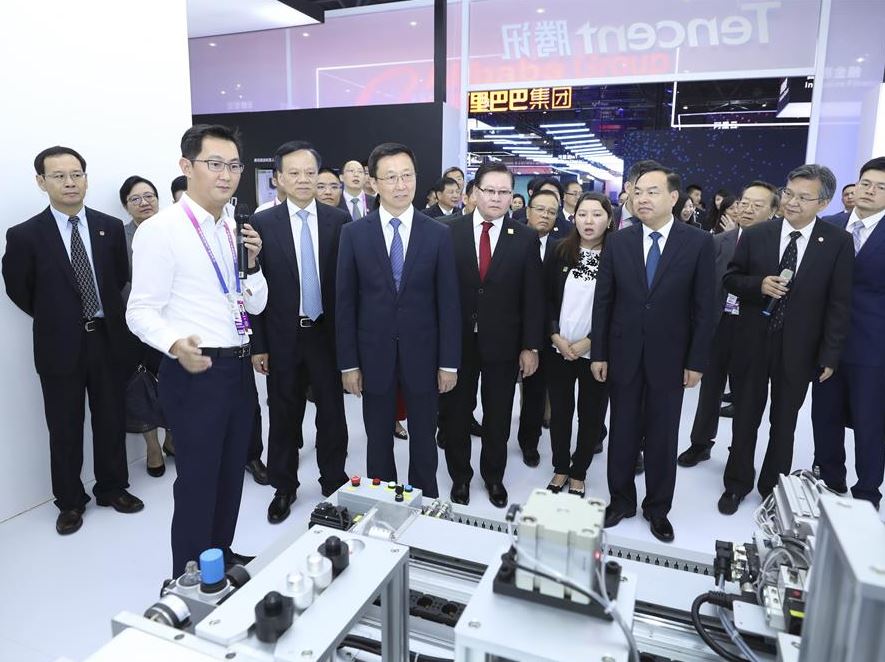 The first Smart China Expo opened in southwest China's Chongqing Municipality on Thursday, attracting more than 500 domestic and international companies as exhibitors and more than 100 foreign guests from 28 countries and regions.

With "Smart Technology: Empowering Economy, Enriching Life" as its theme, the expo runs from Thursday to Saturday focusing on new products, technologies and modes in the global development of big data and intelligent industries, according to its organizing committee.

President Xi Jinping sent a congratulatory letter to the event.

Xi emphasized that China attaches great importance to innovation-driven development and is firmly committed to its new vision for development by accelerating the industrialization of the digital economy and digitization of industries to promote high-quality development and pursue better lives for the people.

China is willing to actively participate in international cooperation on the digital economy and advance its healthy development together with other countries to create new drivers and new room for the world's economic growth, Xi said.

The expo has five display zones with a total area of 186,000 square meters. The exhibitors include several technology heavyweights, such as Alibaba, Tencent, Baidu and Qualcomm.

Nine forums on subjects such as the industrial internet and semiconductors, as well as seven corporate activities, will be held during the expo.

The event is a combination of China Chongqing International Auto Industry Fair and China (Chongqing) International Cloud Computing Expo and will be held annually in Chongqing starting this year.

The country has been the top consumer of industrial robots for six consecutive years, with the size of its artificial intelligence market growing over 40 percent annually on average.