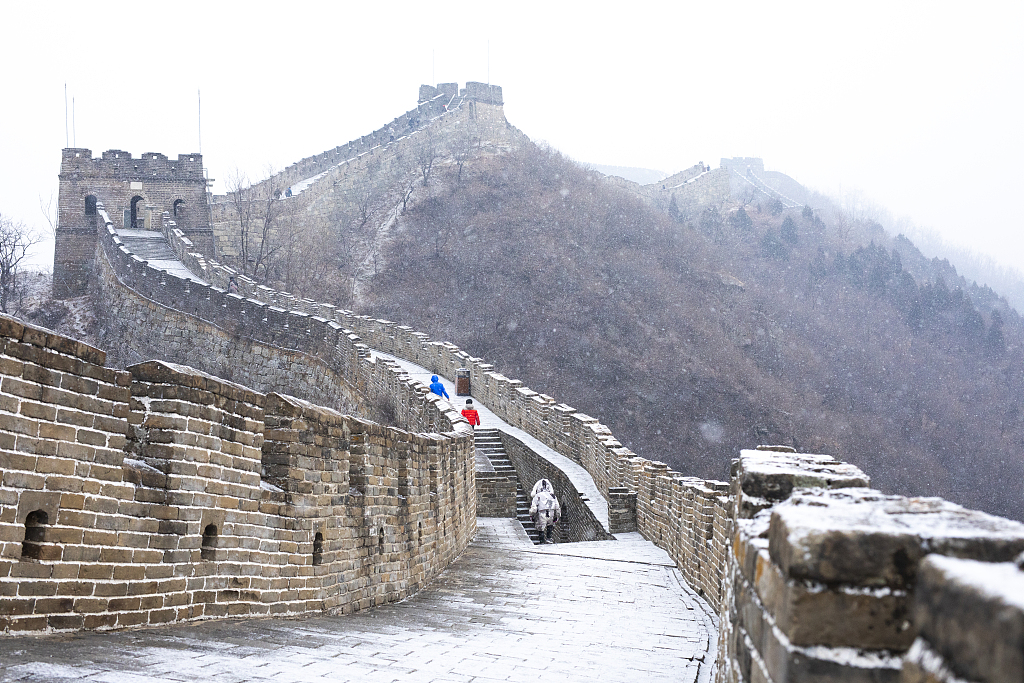 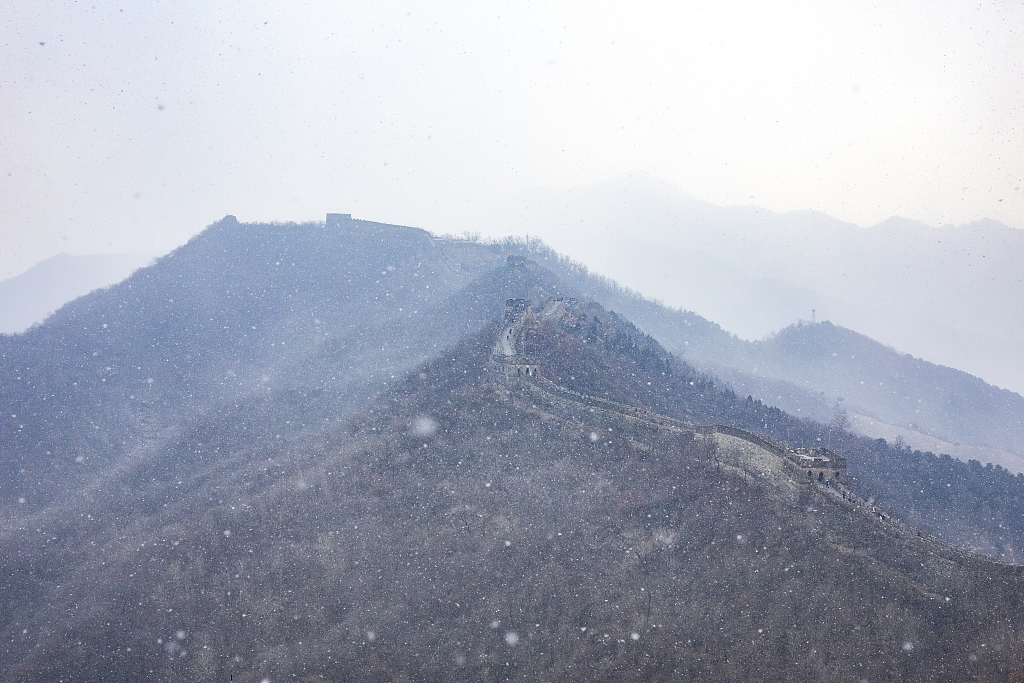 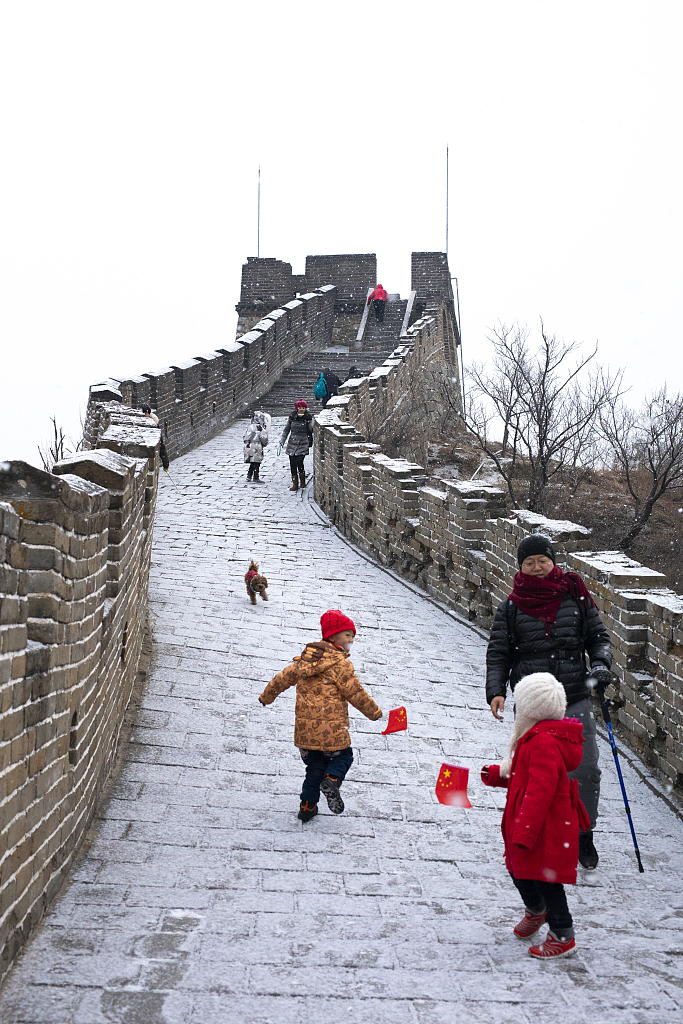 Mutianyu Great Wall, one of the famous spots of the Great Wall, embraced the first snow as the wait for snow is finally over in Beijing. 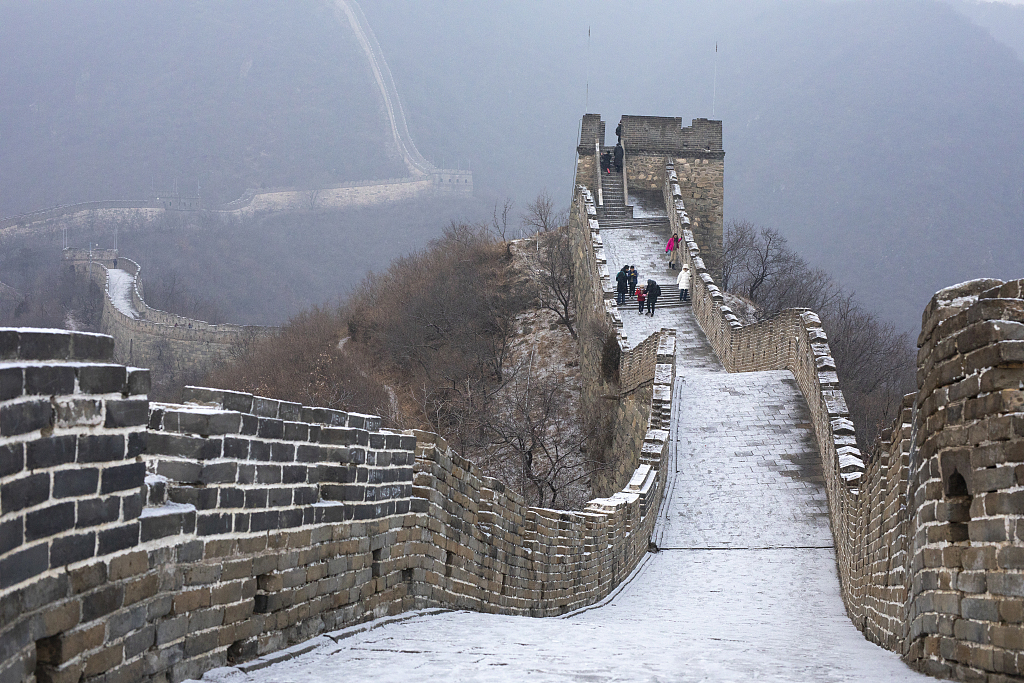 The Great Wall turned white in less than an hour as the first snowfall of the Year of the Pig came to Mutianyu Great Wall on Wednesday. 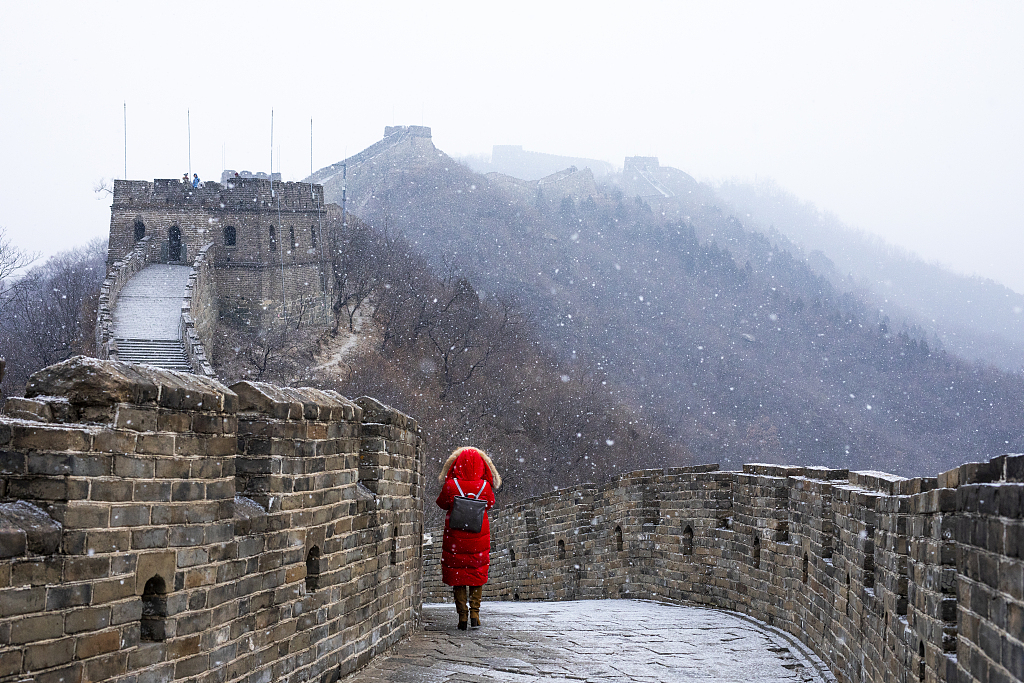 This year, winter snow arrived particularly late, only five days away from becoming the latest snow on record, which happened in the winter of 1983-84, Xinhua News Agency reported. 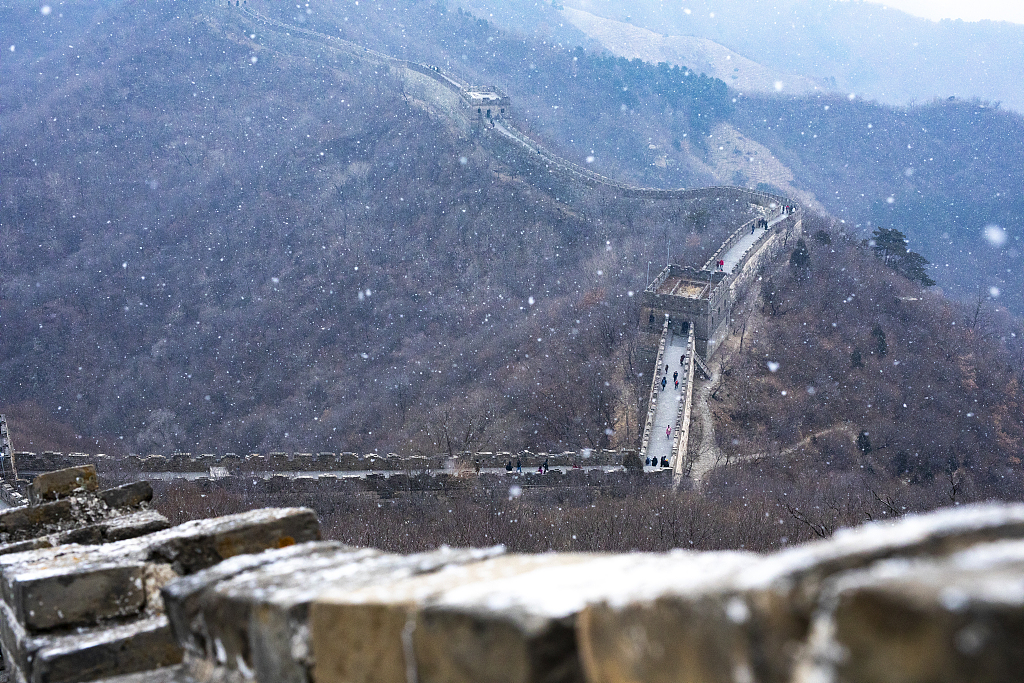 Beijing has never had a winter without snow since the capital city started keeping weather data in 1951, according to the Beijing News. (Compiled by Zhang Jian)