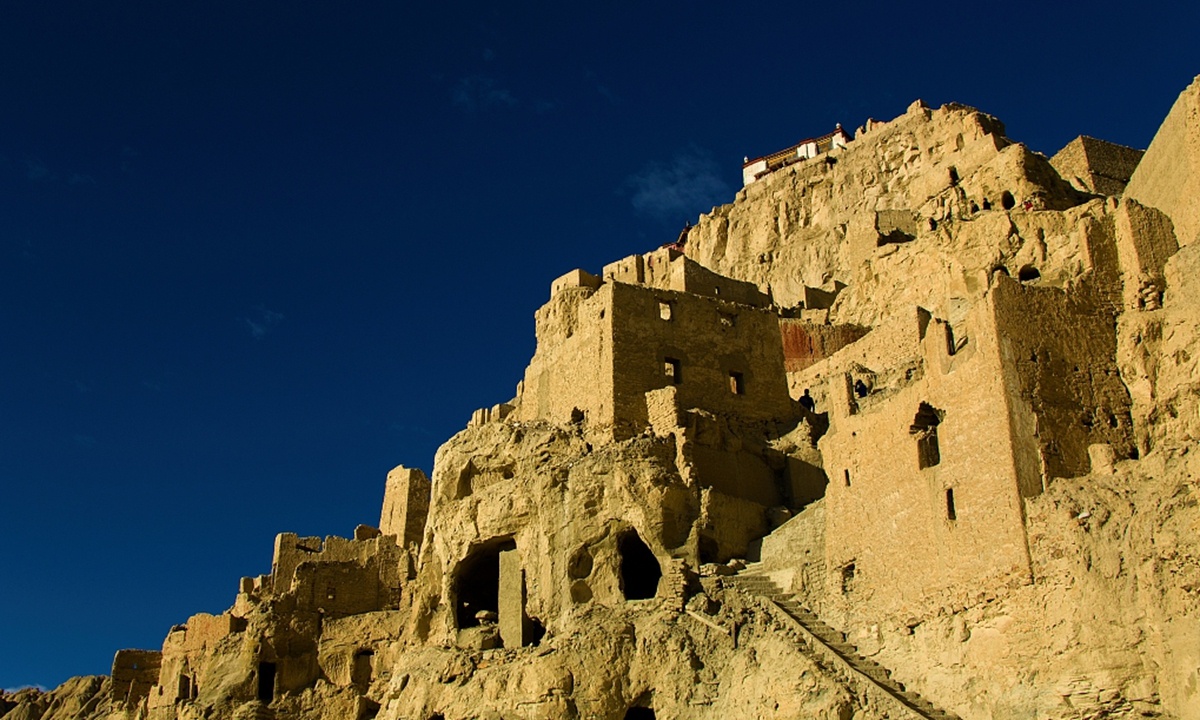 The institute of heritage conservation in the Tibet Autonomous Region announced on Wednesday that the first step of protection work for cultural ruins in Rutog county in Ngari Prefecture has been completed and hundreds of relics, including stone carvings and parts of sacred books have been excavated.

As the building on the local mountain top was badly damaged by natural erosion and threatened the safety of residents who live down the mountain, the authorities in charge of cultural relics in Tibet asked the institute of heritage conservation to plan and launch the protection work, according to a report published on the institute’s official social media account.

The ruin is located in Rutog county at an altitude of 4,355 meters. The majestic ruins at the top of the mountain have hundreds of rooms. The most impressive scene is the monastery atop the whole complex and well-designed stupas below.

Folk legend says that the ruin was originally the residence of a general under King Gesar. In the ruin, there is a castle that is said to be the general’s castle. Later, the local government moved into the complex.

The protection work cleaned up the major parts of the ruin, including several palaces and the temple of the dragon king.

Four walls of a hall for worshipping Buddha have wall paintings, but most of them have been damaged.

When cleaning up the buildings, hundreds of relics of various types were unearthed, mainly the remains of scriptures and murals, stone carvings and pottery pieces.

To figure out the history of the ruin and what the buildings were like in previous times, the protection team from the institute visited and consulted local senior residents.

The first step of the work started in July this year and ended on October 4. The team used advanced technology such as taking aerial photos with drones to improve the quality and efficiency of the protection work.