BEIJING, Oct. 27 (Xinhua) -- An Alpine Skiing World Cup event will be held February 15 to 16 next year in Yanqing District of Beijing, serving as the first test event for 2022 Olympic Winter Games. 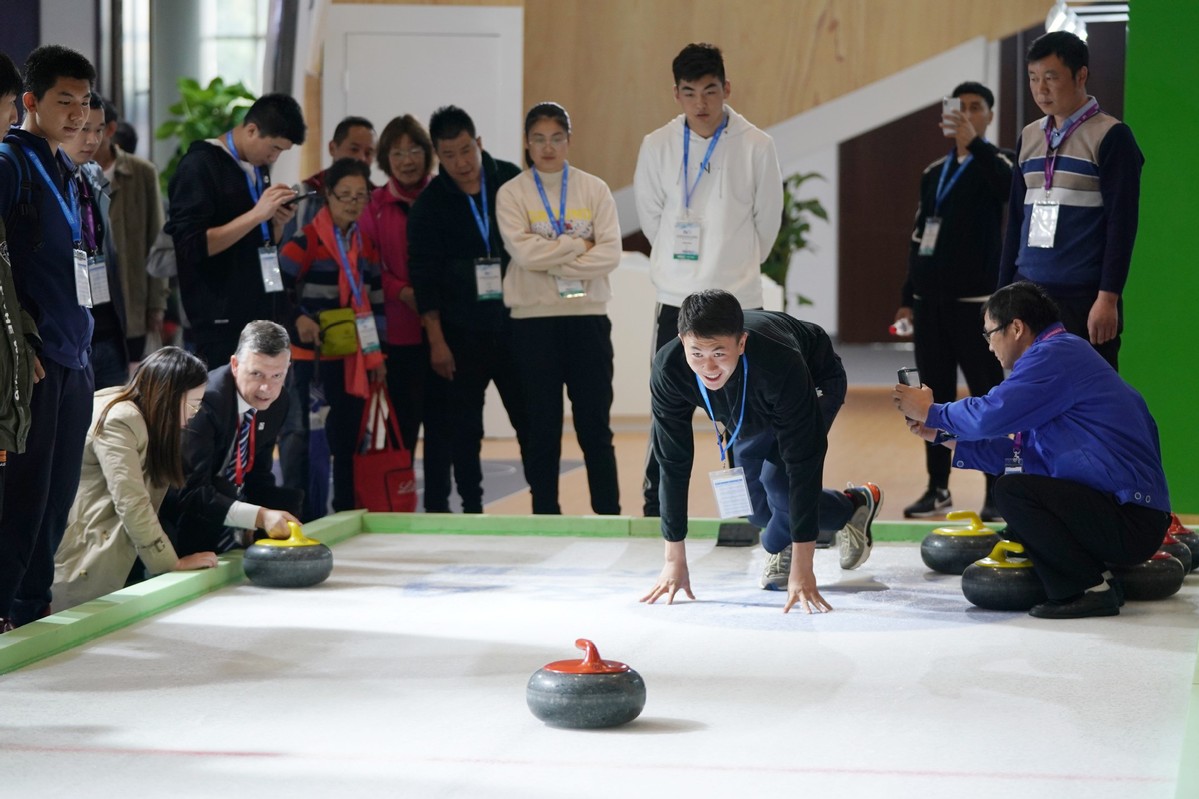 Visitors try their hand at curling during the World Winter Sports (Beijing) Expo 2019 at the National Convention Center in the capital on Oct 17, 2019. (Photo: Xinhua)

The organizing committee confirmed on Saturday that 111 athletes from 19 countries and regions have already registered to compete in the event, which features two disciplines - men's downhill and men's super G.

Located in the northwest of Beijing, Yanqing is one of the three competition zones of Beijing 2022 and there are three newly-built venues here, namely the National Alpine Skiing Center, National Bobsleigh and Luge Center and Yanqing Winter Olympic Village.

According to the organizing committee, a total of 20 events and four other testing activities will be held before Beijing 2022 to test the site conditions, venue operation, competition organization, games services and so on.