CHINA Fitness is a new status symbol in China

Fitness is a new status symbol in China 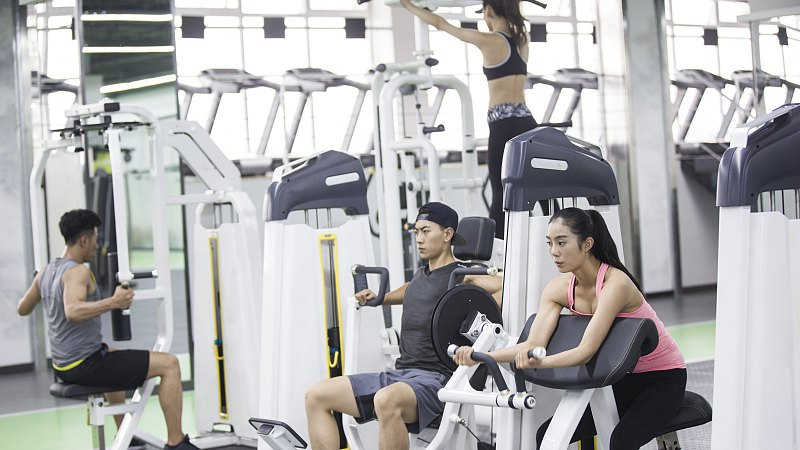 China’s young and wealthy appear to be shifting their attention away from buying expensive goods and spending more to stay in shape. More and more gyms are opening up across the country, with some of the high-end types charging upwards of 2,000 US dollars for an annual membership. Fitness center apps are on the rise too. Forget shopping for that new pair of unwearable heels or that exclusive designer bag. China's latest status symbol: your fit and beautifully-toned body.

Among the nation's 37,627 gymnasiums, over 70 percent of them are fitness studios. And new gyms open nearly every week, while old ones close, according to the 2016-17 white paper data of Qing Orange Technology. But no exact data on the closure of old gyms has been recorded.

Fitness is now seen as a common luxury in China. And people's aspirations of bettering themselves physically have led to a boom in exercise and fitness centers in China. And so high-end gyms like Crossfit Slash have grown by nearly 200 percent a year across the country, especially since demand from the middle and upper class has soared.

Stella, general manager of a Beijing finance firm, paid over 14,000 yuan for a one-year membership, that's more than 2,000 US dollars. She has been going to Crossfit for two and a half years and has attended some 300 classes.

"The overall expense needs to be broken down to per class, so as for me it only costs me less than 100 per class to come to Crossfit. But I get a tailored schedule based on my fitness background and my training goals... The classes are basically centered around group fitness classes. So the community that spontaneously arises when people do workouts together is a key component why Crossfit is so effective," said Stella.

When Crossfit first opened its doors in China, their clientele consisted mainly of fitness fanatics. But now, more people who don't fit the "gym rat" stigma sign up.

The Director of Crossfit Slash, who goes by the name of “Cabbage”, told us why. "It is because of the growing or expanding of the Internet. You can get access to all the information way more easily than before. So, therefore, you just get to know what you're interested in. And Crossfit is an example of this. Not only in China but also in the US it's growing in the same way. At first is something you do in the garage... with your friends but now it's become a big commercial."

And speaking of the Internet, fitness apps are also on the rise in China. One of the powers behind the popular app “Keep”, now over 140 million users strong, believes there is no real relation between the growth of fitness apps and high-end fitness centers in China. Jack Xie, head of Keep's Overseas Team, said they attract different types of users. For him, expensive fitness centers are for people with money and lots of free time.

By 2020, the Chinese government aims to “improve the physical fitness and health level of the whole nation.” Both Crossfit Slash and Keep say they want to collaborate more with their local governments to steer the public toward becoming more physically active. And for those already engaged, exercise is very important, because it's not just a proven remedy for daily stress, it's also a way to socialize with other people in their community.