Five arrested over escape of leopards from Hangzhou Safari Park 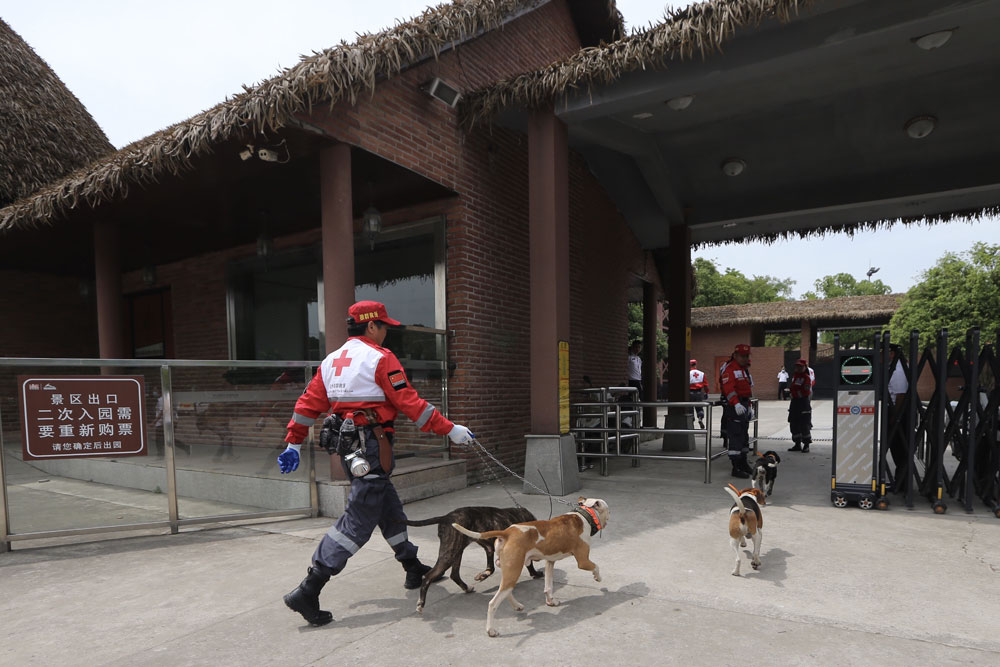 Nationwide concern has been triggered by the escape of three leopards from Hangzhou Safari Park, Zhejiang province. The Wolves Rescue Team and other rescue teams have been searching for the animals since Thursday. (Photo: China Daily)

Five people were arrested in Hangzhou on Monday in connection with the escape of three leopards from a safari park in the city and attempts to cover up the incident.

Wang Hong, vice-mayor of Hangzhou, confirmed at a news conference that the leopards had escaped from Hangzhou Safari Park in the capital of Zhejiang province on April 19.

He added that the park's management had sought to cover up the incident amid concerns that it could seriously impact its business during the recent May Day holiday.

Police in the city's Fuyang district arrested five people on Monday in connection with the incident, including Zhang Dequan, general manager of the park.

The three young leopards ran out of the park due to the negligence of zookeepers when they were cleaning a zone for wild animals. One of the escapees was recaptured near the park on April 21, while another was caught on a mountain near the park on Saturday.

Although local residents alerted the authorities on Thursday and Friday, while two of the three animals remained at large, the park's authorities continued to deny that anything was amiss until as late as Friday night.

The remaining escaped leopard was tracked down in Hejia, a village in Hangzhou's Xihu district, in the early hours of Sunday morning with the help of sniffer dogs and drones, but the highly alert animal managed to evade its potential captors.

The area where the animal was tracked down is one of the main plantations of the famous West Lake Longjing Tea, one of the most well-known green teas in China.

More than 4,000 personnel have been mobilized by the city's authorities to patrol areas where the leopard could have fled to. This painstaking work is continuing despite the temperature rising to as high as 36 C on Monday, the hottest day of the year so far in Hangzhou.

In addition, a total of 270 professional hunters, animal experts and emergency workers are searching for the animal. They are equipped with night-vision devices and assisted by sniffer dogs. These efforts are also being aided by high-tech, with 70 drones engaged in reconnaissance missions around the area of the safari park.

Zhou Jiangyong, the Party secretary of Hangzhou, who visited Hangzhou Safari Park and Hejia village on Sunday afternoon, said the local authorities will mobilize as many animal experts, police officers and emergency rescue teams as possible using helicopters, drones and infrared probes in the effort to catch the final escaped leopard.