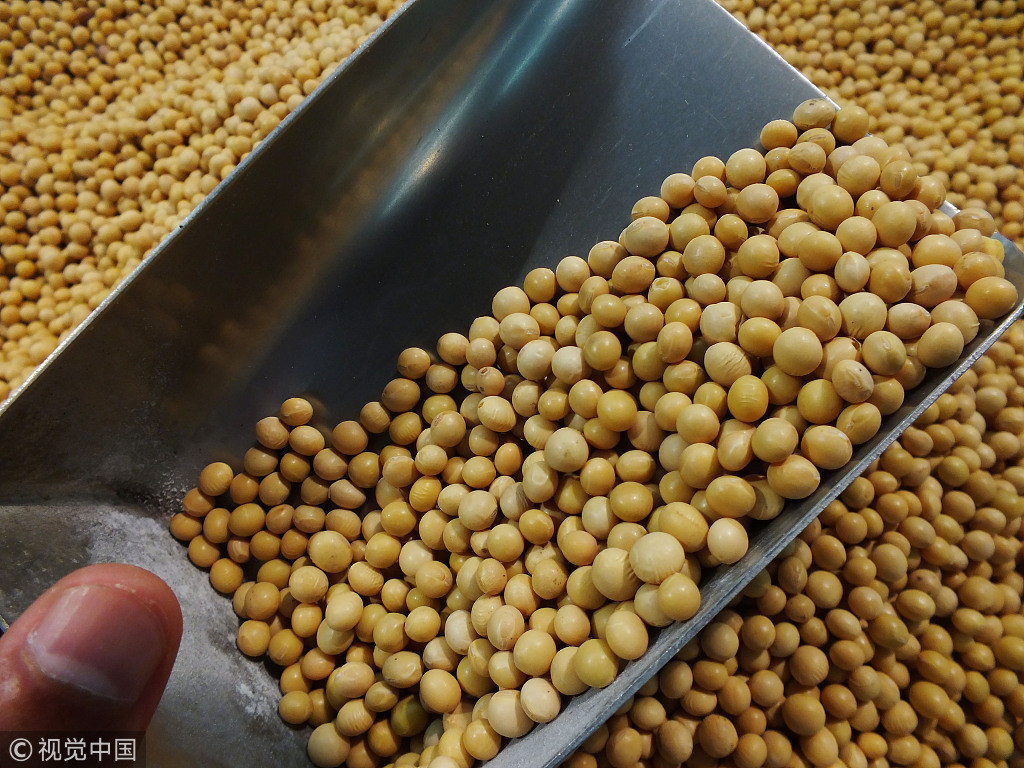 Soybeans are sold at a supermarket in Yichang, Hubei province. (Photo/VCG)

The GM plants can only be used as raw materials for other products, such as edible oil and feed. Producers include Monsanto in the United States and Germany's BASF, the ministry said.

Certificates for exporting the products to China expire in December 2021, it said.

The ministry also renewed its approval for importation of 26 GMO products, including varieties of corn, cotton and soybeans.

GMO agricultural products must be clearly labeled for sale in the country under Chinese regulations.

Wang Xiping, a professor of life sciences at Beijing Normal University, said that since the five latest products can be used only as raw material, they will only be processed into products such as animal feed and rapeseed oil and soybean oil, which do not contain GM elements. They will not be sold to domestic consumers to eat.

"The GM elements in these products will not enter the human body, so there are no GMO food safety concerns for humans," she said.

China has very tight policies on approval of GMO products that can be sold for consumption. Most approved GMO products available on the domestic market are imported, Wang said.

Some GMO agricultural products have special characteristics, such as resistance to pests and weedkillers, and are in great demand, Wang said.

Most soybeans China imports are GM products that have higher oil content than domestically bred species and meet China's demand for edible oil, she said. But oil contains few GM elements, she said. GM technology is a controversial topic worldwide. Scientists in general favor developing and promoting the technology for its economic benefits. Voices questioning the safety of such crops for the public are also common.

"GM technology can be safely controlled, judging from scientific principles and practices over past decades," he said.