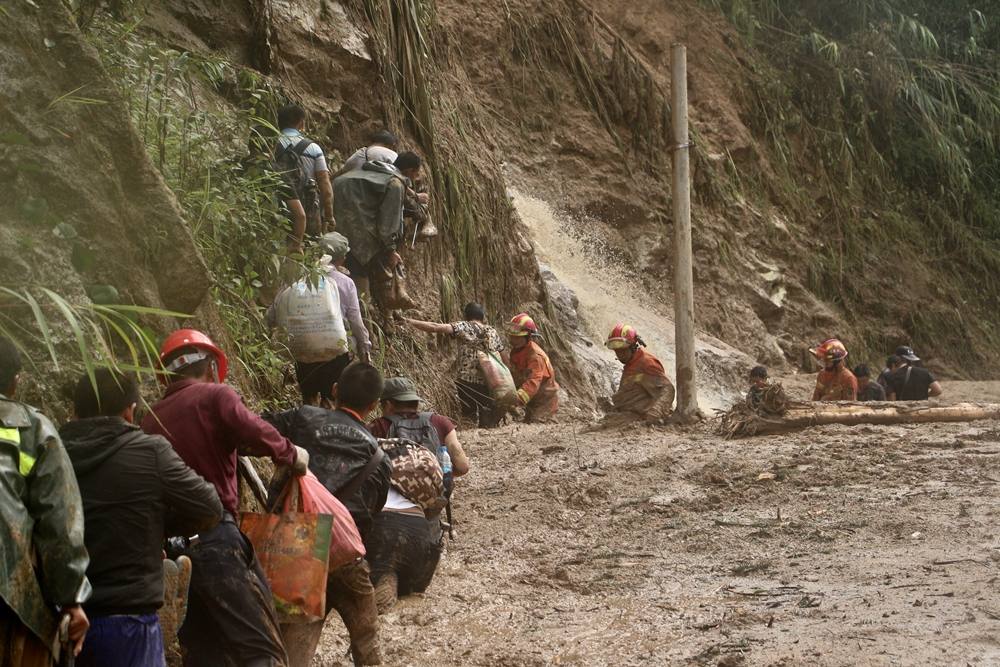 Stranded people are being transferred to safe places with the help of rescuers. (Photo: CGTN )

One of the rescuers told CGTN that secondary disasters such as sporadic mudslides and falling rocks are impeding the rescue operation.

Nevertheless, they have managed to rescue some 30 stranded people and transferred 14 liquid gas storage tanks.

In Mengdong township, the worst-hit area, many residential houses were damaged and some public facilities including roads and bridges were also impaired.

Tian Wei, a 34-year-old local man, was in his shop selling bedding when the flood hit.

"I saw a person being washed away by the flood in an instant. I was unable to do anything to help," Tian was quoted as saying by Xinhua News Agency.

"I closed the door immediately, but the flood just poured in violently within seconds and rose fast over my knees."

Now, more than 1,500 locals have been relocated and the local authorities are trying to restore power supply and telecommunication service.

Malipo borders Vietnam in Wenshan Zhuang and Miao Autonomous Prefecture. The Tianbao Port in the county is a major land passage to Southeast Asia.