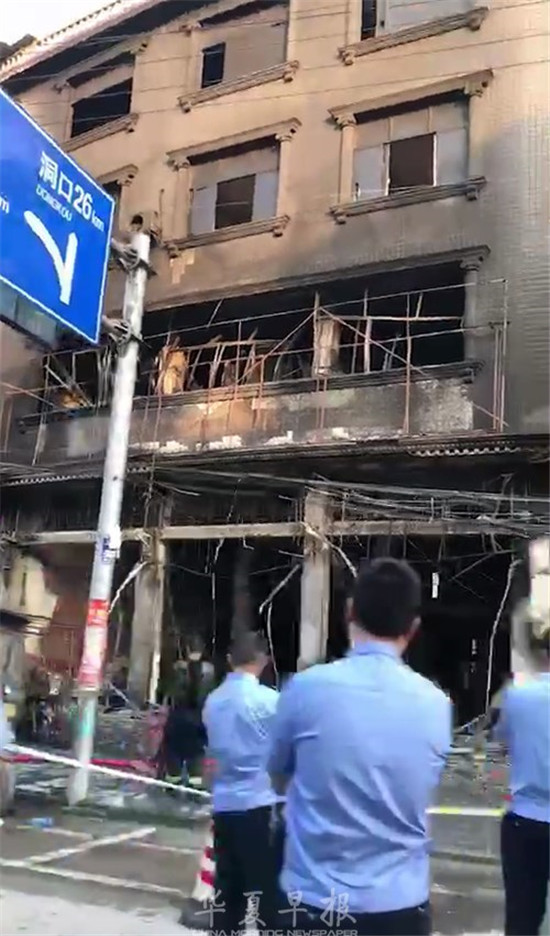 The fire broke out in Shijiang Town, Dongkou County in the early morning. One person fell from the building and died in hospital due to the injuries. Rescuers found three bodies, and another person died on the way to hospital, according to the county government.