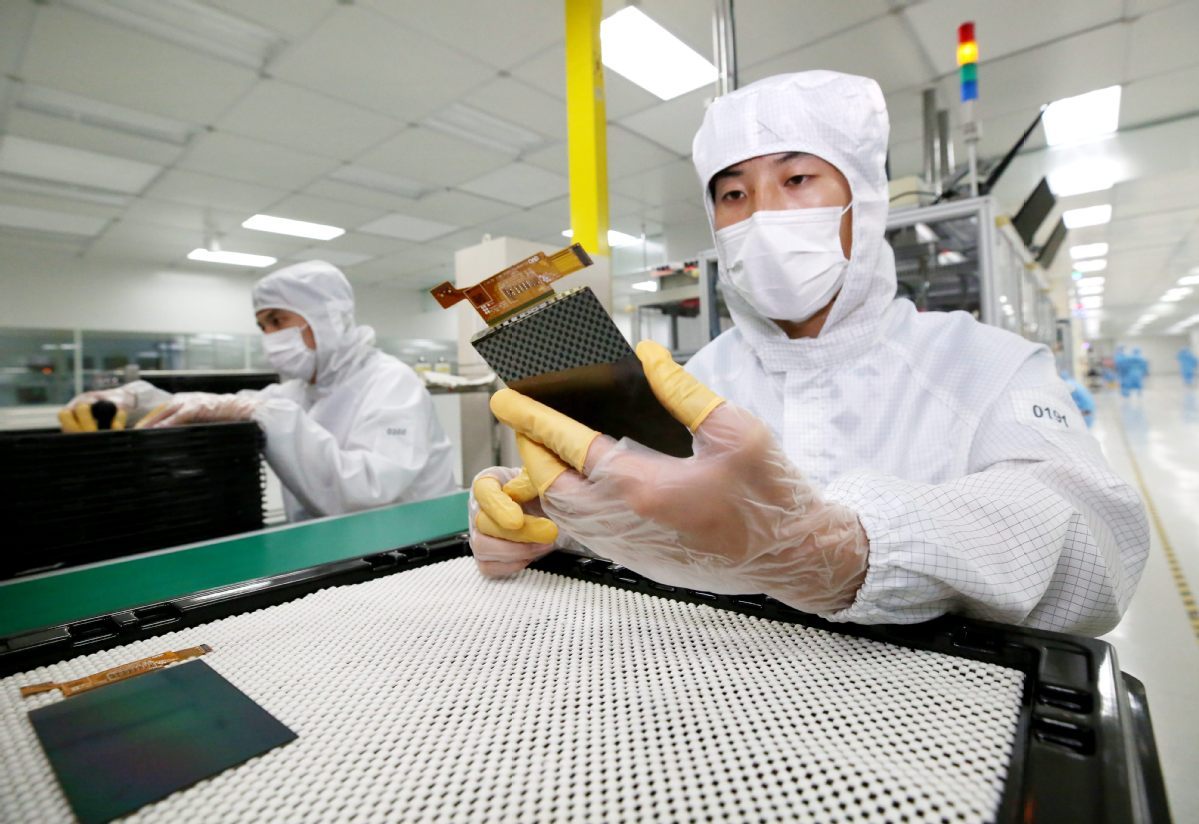 The flexible display panel industry is set to experience growth as major Chinese panel makers have scaled up production capacities in the thinner, lighter and foldable screens used for smartphones despite the negative impact of the COVID-19 pandemic on handset sales.

Market research company Trend-Force said smartphone brands are proactive in adopting active-matrix organic light-emitting diode, or AMOLED, panels for their phones. The penetration rate of AMOLED phones in the overall smartphone market is projected to increase from 31 percent in 2019 to 35.6 percent in 2020.

Apple Inc will use organic light-emitting diodes or OLED screens for all its forthcoming 5G iPhones this year, going all-in with the world's premium display technology for its flagship brands, said Japan's business newspaper Nikkei.

Domestic display panel suppliers such as BOE Technology Group Co Ltd, Visionox Technology Inc and China Star Optoelectronics Technology Co Ltd (CSOT) are doubling down on flexible screens mainly used for smartphones. They are ramping up efforts in the AMOLED display market that is still dominated by South Korean companies.

BOE Chairman Chen Yanshun said the company is banking on OLED, and the shipment of such panels will triple to at least 70 million units this year.

He noted the supply of traditional LCD has surpassed demand, so the company will not increase its investment in the sector in the future.

A total of 48,000 glass substrate panels (at 1850 mm x 1500 mm) were produced every month. The panels have already been used by more than 10 smartphone manufacturers.

Industry statistics showed that BOE has witnessed robust growth in the OLED market, with its shipments surging by seven times in 2019 on a yearly basis. The flexible OLED panels are ranked first in China, accounting for 86.7 percent of market share.

Its AMOLED display screen production line in Gu'an, Hebei province, began operations in May 2018.It can turn out 30,000 glass substrates (1,500 mm by 1,850 mm) every month, and meet the highend, foldable screen demand for 90 million smartphones.

Market research firm Omdia said shipments of AMOLED panels used in smartphones are set to soar to 513 million units this year, up from 471 million in 2019. This means the penetration rate of AMOLED panels is rising sharply.

Panel shipments to smartphone makers including Huawei and Xiaomi increased 287 percent and 120 percent, respectively, to reach 73 million and 20 million units last year. Both companies increased their adoption of AMOLEDs in place of LCD panels in their mid to high-end smartphone lineups, Omdia said.

"With the arrival of the 5G era, flexible AMOLED products have broad application scenarios due to their foldable and flexible characteristics. They will bring about differing and high-quality experiences for consumers," said Chen Jun, vice-president of Beijing-based market researcher Sigmaintell Consulting.

Sales revenue of global foldable smartphones should exceed $100 billion in 2025, an increase of over 80 times compared with sales in 2019, Chen said.