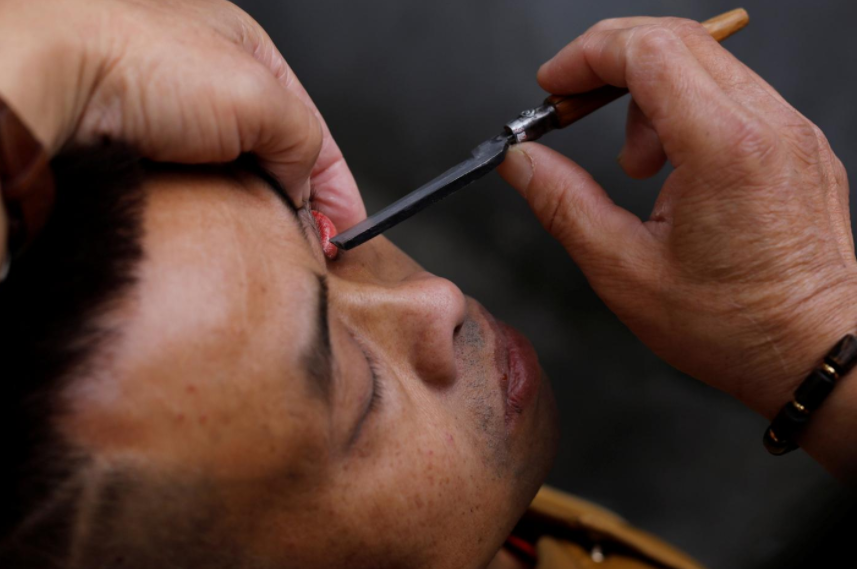 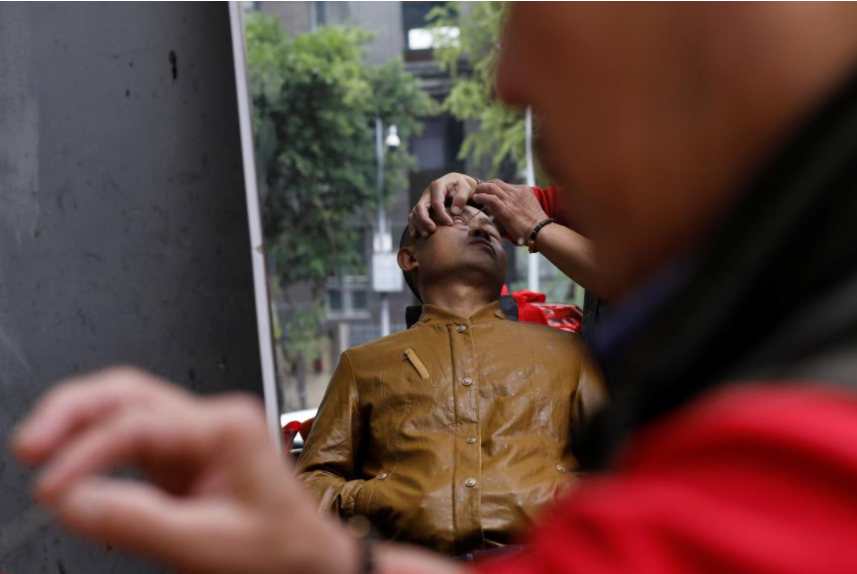 Chinese street barber Xiong Gaowu deftly scrapes a straight razor along the inside of his customer’s eyelid.

“You should be gentle, very, very gentle,” said Xiong, who performs traditional eyelid shaves at his roadside location in Chengdu, the capital of the southwestern province of Sichuan.

Customers swear by the practice of “blade wash eyes”, as it is known in Mandarin, saying they trust Xiong’s skill with the blade.

“No, it’s not dangerous,” said 68-year-old Zhang Tian. “My eyes feel refreshed after shaving and I feel comfortable.”

“It was difficult at the beginning, but it became a piece of cake afterwards,” he said.

The technique appears to unblock moisturizing sebaceous glands along the rim of the eyelid, said Qu Chao, an opthalmologist who works at a nearby hospital in Chengdu.

“Patients will feel their eyes are dry and uncomfortable when the glands are blocked,” she said. “When he is shaving, it is most likely that he is shaving the openings of these glands.”

She said there was a risk of infection if the equipment was not sterilized.

“If he can properly sterilize the tools that he uses, I can still see there is a space for this technique to survive,” Qu said.

While customers insisted their eyes felt better after a shave, onlookers cringed at the sight of Xiong wielding his razor.