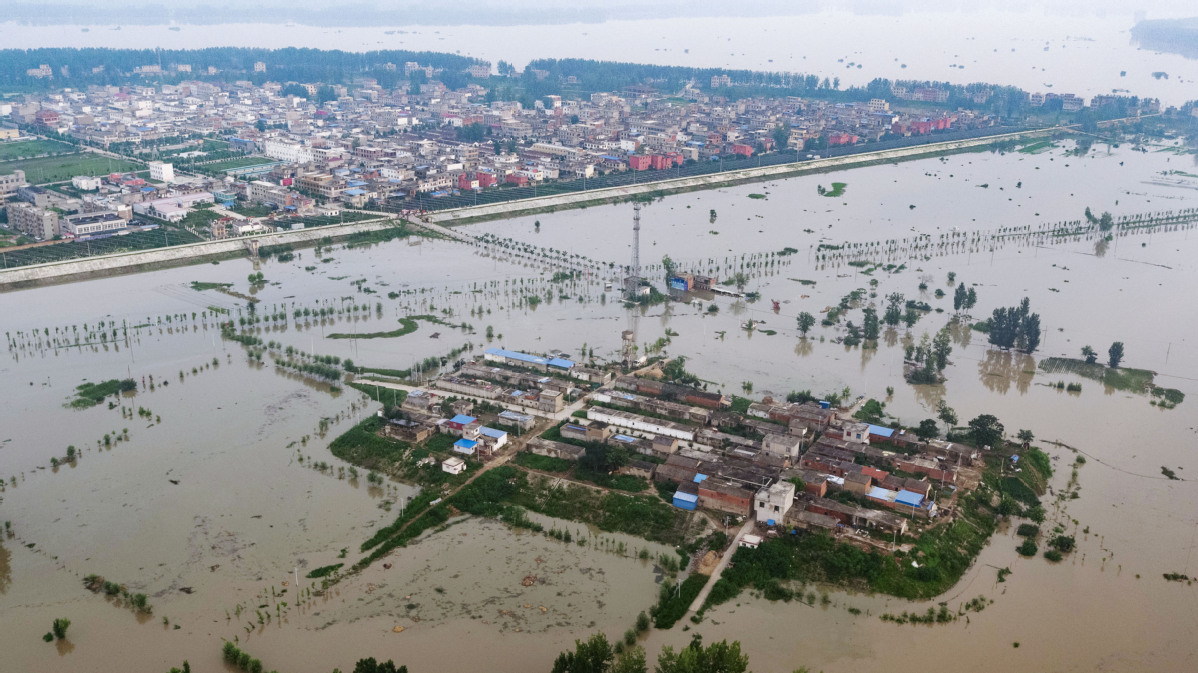 With flood-related casualties this year almost halved from the average of the past five years, the country's reformed emergency response system has proved effective amid the grimmest flood control situation in over two decades, according to authorities.

China has endured 21 major floods so far this rainy season, one more than in 1998. As of Tuesday, alert-triggering floods have occurred in 833 major rivers, and 77 of those waterways experienced their most severe floods on record, according to the Ministry of Water Resources.

Amid the grim flood control situation, China has seen a sharp decrease in flood-related casualties despite the wider impact of flooding on people's lives and the economy, according to the Ministry of Emergency Management.

As of Sept 3, the number of people left dead or missing in floods across the country has decreased 49.8 percent from the average of the past five years to 271. About 4.7 million people were evacuated, 47.3 percent more than the average of the five-year period, according to the ministry.

It also said 70.5 million people in 28 provincial regions experienced floods, up 17 percent from the five-year average. Direct economic losses caused by the disasters have increased by 27 percent from that average to almost 214 billion yuan ($31.3 billion).

The decrease in casualties can be attributed to the close cooperation of various government bodies involved in flood control, according to Zhou Xuewen, secretary-general of the State Flood Control and Drought Relief Headquarters.

"The Ministry of Emergency Management, which heads the office of the headquarters, has been organizing the China Meteorological Administration as well as the ministries of water resources and natural resources to hold daily consultations. Monitoring was carried out 24 hours a day in a dynamic manner," Zhou explained.

The office of the headquarters is now based in the Ministry of Emergency Management.

Zhou said over 700,000 people patrolled dikes around the clock every day in the five provincial regions in the middle and lower reaches of the Yangtze River when the areas were hit by the heaviest floods this year.

"Once the patrollers found any signs of risk, they decisively evacuated people who were under threat," he said.

Instead of staying in their camps, members of the comprehensive fire and rescue force with the Ministry of Emergency Management were dispatched to key areas for flood control to ensure quicker response in emergency situations, he explained.

Sticking to the principle that not a single person should be left behind, the team saved and evacuated 210,000 people.

In the latest reshuffle of the State Council, the country's Cabinet, the ministry was established in March 2018.

In the reform, the Ministry of Emergency Management established the comprehensive fire and rescue force, consisting of around 200,000 former firefighters and the forest force of the armed police, to cope with different types of emergencies.

The operation of major reservoirs has also played a big role in flood mitigation, according to the Ministry of Water Resources.

As of the end of August, 3,609 major reservoirs in the country's seven major river basins, including the Yangtze, the Yellow and the Huaihe river basins, have helped store nearly 145 billion cubic meters of water, keeping over 20 million people from being evacuated, the ministry said.