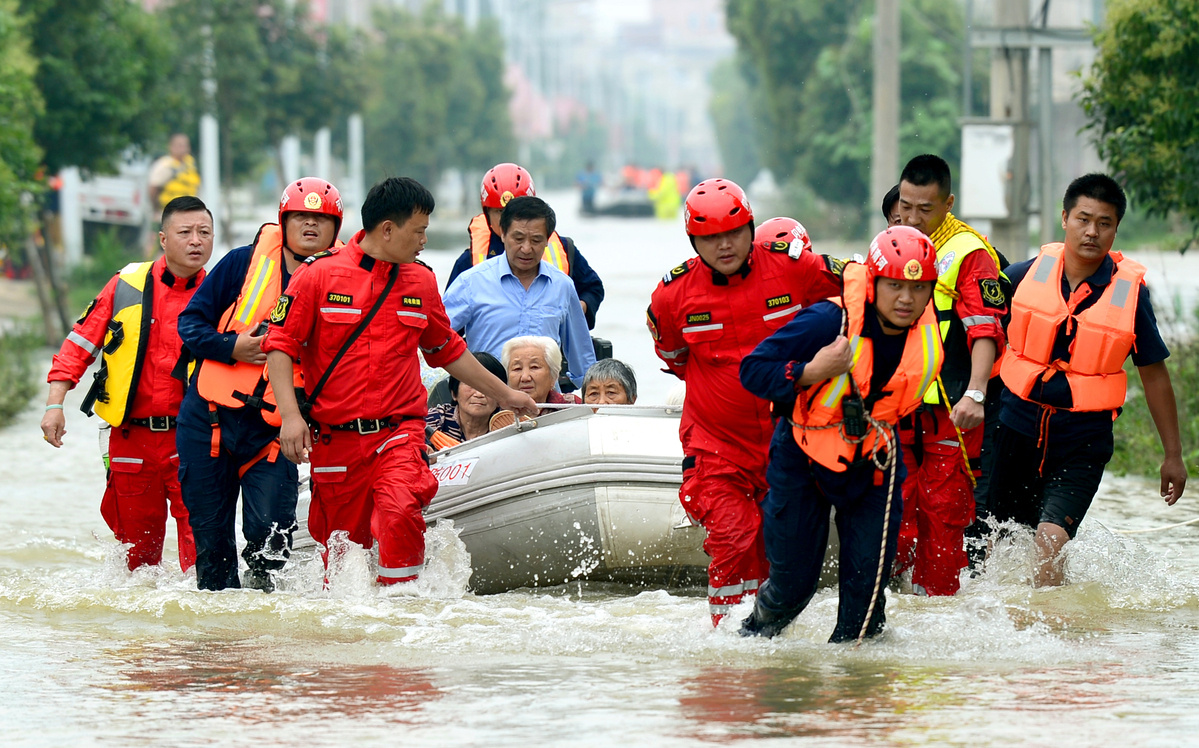 Despite southern China being soaked in the past two months by the second-highest amount of precipitation since 1961, the country has experienced a vast decrease in the number of fatalities in floods so far this rainy season thanks to the government's efforts in ramping up flood mitigation, an emergency official said.

From July 1, the start of the country's primary rainy season, to July 28, over 54.8 million people suffered floods, up by 23.4 percent from the average of the same periods in the past five years, according to the Ministry of Emergency Management.

The number of people evacuated during the period reached almost 3.8 million, an increase of 36.7 percent from the average between 2015 and 2019, it added.

Meanwhile, the number of fatalities and the rooms demolished fell sharply from the past five years' average. While the number of people left dead or missing dropped by 53.9 percent to 158, only 41,000 rooms were demolished by floods, down 68.4 percent, the ministry said.

The numbers show that the government's efforts to enhance flood control is paying off as the country continues to battle severe, wide-ranging floods this year, said Yang Xiaodong, deputy director-general of the ministry's disaster relief and material logistics department.

While holding daily consultations to coordinate flood mitigation efforts in different regions, the ministry has dispatched dozens of work teams to guide local governments in their work, he noted.

Adhering to the notion that "people's interests should be put first, and nothing is more precious than people's lives", the national comprehensive rescue teams with the ministry, together with grassroots officials, soldiers and militia members, saved and transferred a large number of people threatened by floods, he said.

"This has effectively reduced the number of people left missing or dead," he continued.

According to the ministry, as of July 31, national rescue teams have participated in flood control and rescue efforts 11,242 times.