NANCHANG, July 11 (Xinhua) -- China's largest freshwater lake in the lower reaches of the Yangtze, the country's longest river, is swelling above the flood warning level, according to the flood control headquarters in east China's Jiangxi Province on Thursday.

The water level of Poyang Lake reached 19.07 meters on Wednesday, 0.07 m above the warning level, as recorded by Xingzi Hydrometric Station on the lake.

Since July 6, 29 rivers in Jiangxi saw water surpass flood warning levels as a result of heavy rains. Floods were reported in 59 counties, more than 2.8 million people were affected and some 326,000 people were evacuated.

The provincial meteorological department forecast that rainstorms will hit the region again on Saturday and continue to next Tuesday.

Meanwhile, the Yangtze river water resources commission of the Ministry of Water Resources warned rainstorms will also affect the upper streams of Yangtze from Saturday when water in the main river course is expected to rise above the flood warning level for the first time this year.

The commission has launched an emergency response mechanism, dispatching six work teams and a team of experts to Jiangxi and Hunan provinces to oversee the flood prevention work. 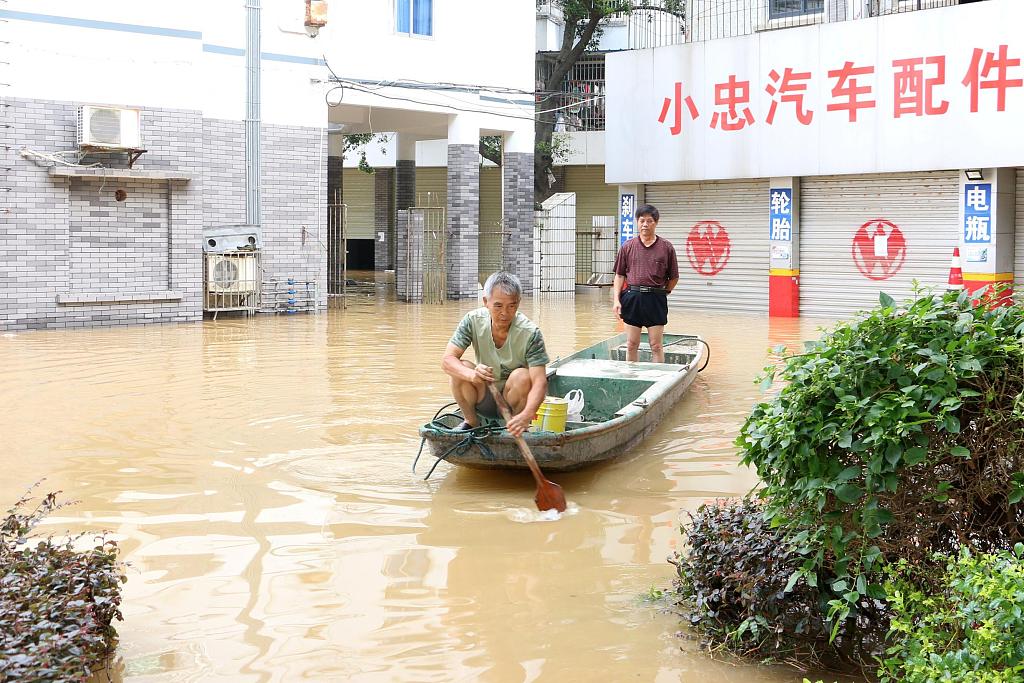