BEIJING, July 12 (Xinhua) -- A total of 19.91 million people have been affected by floods since the beginning of the flood season this summer in China, according to the Ministry of Emergency Management. 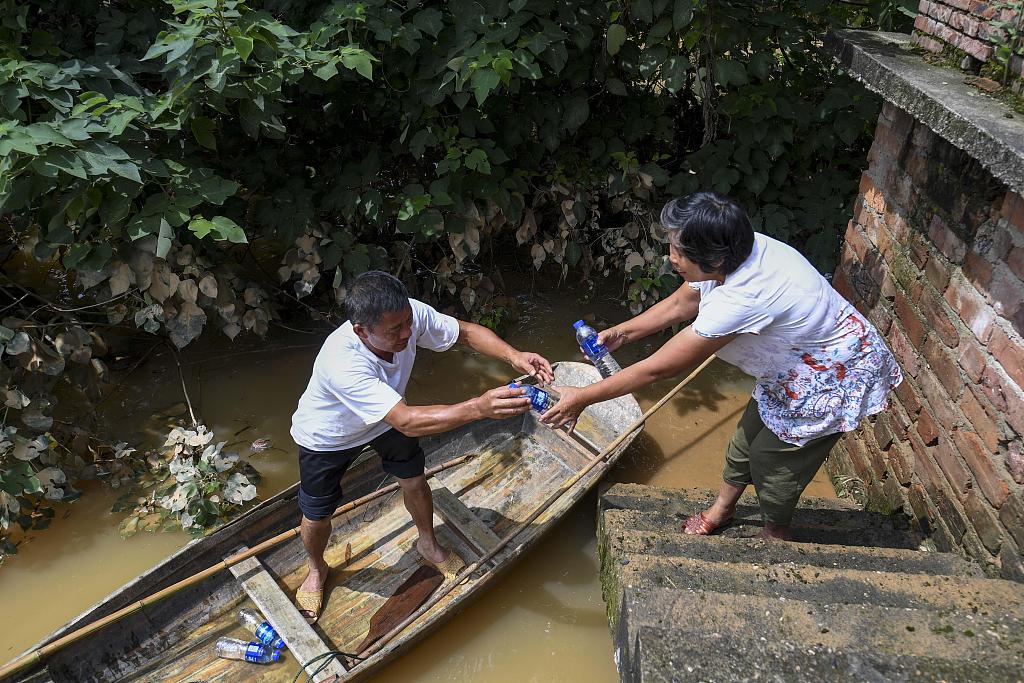 A villager sends water to his relative in Hengyang, Hunan Province, on July 11, 2019. (Photo: VCG)

The country had relocated about 1.3 million people due to floods, while 582,000 people were in need of emergency aid, the ministry said.

The disasters caused total losses of 53.4 billion yuan (about 7.7 billion U.S. dollars), with 34,000 houses collapsed and over 1.76 million hectares of farmland affected.

The ministry has pledged to make every effort to meet the basic living needs of those stricken by floods.

It will also work with water resource departments to intensify the patrol and maintenance of major dams and embankments, deploy more rescue forces in heavily flooded areas and make contingency plans for serious disasters.