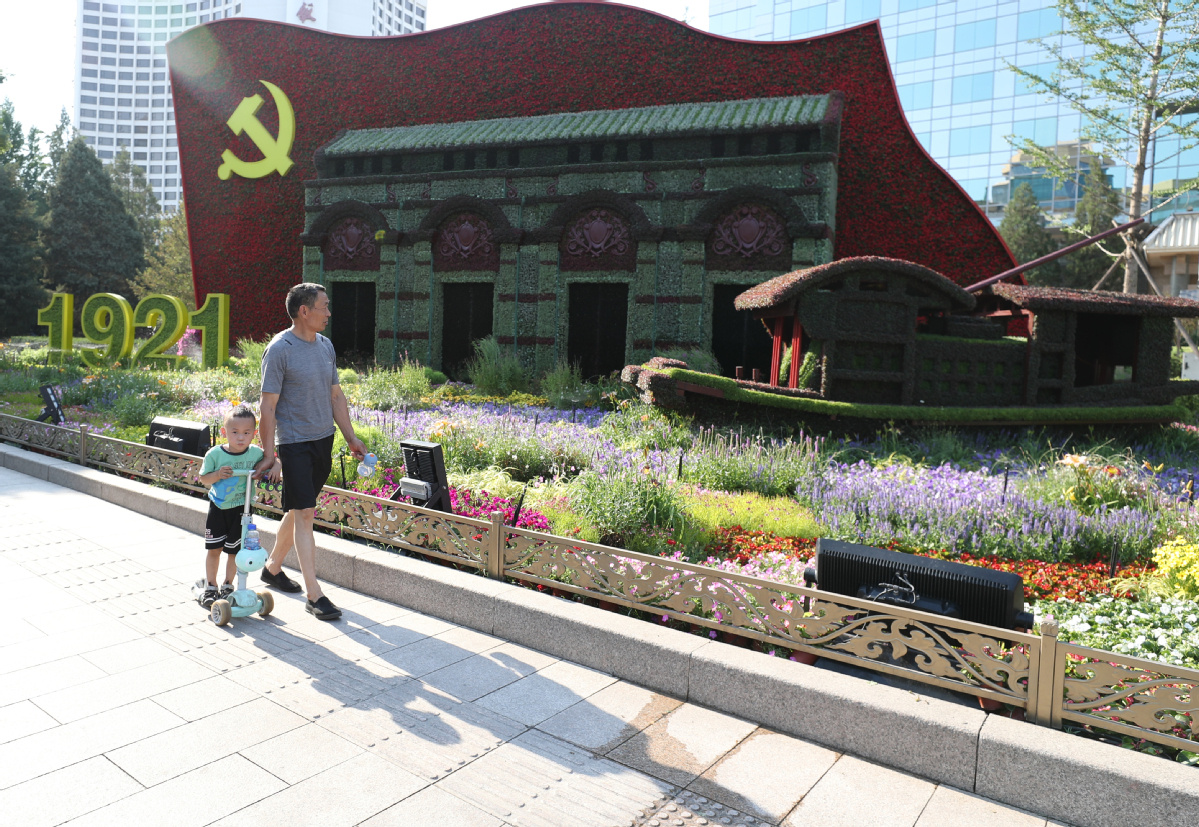 To celebrate the 100th anniversary of the founding of the Communist Party of China in July, Beijing's landscaping authority will adorn 10 themed floral terraces at major intersections along Chang'an Avenue.

On Monday, the Beijing Municipal Forestry and Parks Bureau talked about the details of the arrangements, which were presented neatly on the northern and southern sides of the avenue.

The flower bed at the northwest corner of Jianguomen, for example, is titled The Creation of the World, commemorating the first National Congress of the CPC and using the Party flag as the main visual, according to the bureau's official website.

At the southeast corner of the Dongdan intersection, a flowerbed titled Going Global was shown to the public. It employs the Bird's Nest (National Stadium), the Ice Ribbon (National Speed Skating Oval) and a world map as the main element, with mascots for the Winter Olympics and the logos of major international events.

At the northwest corner of the Xidan intersection, a themed floral terrace called Innovative Development was displayed. It uses the Chang'e 5 lunar probe, Tianwen 1 Mars probe, the deep-sea manned submersible Fendouzhe (Striver) and manned spaceflight as its themes, to exhibit achievements of innovative development and the invigoration of China through science and technology.

The best viewing period with the best color for the floral terraces will be through mid-July, according to the landscaping authority in Beijing Daily on Sunday.