CHINA Flying into the future

Flying into the future 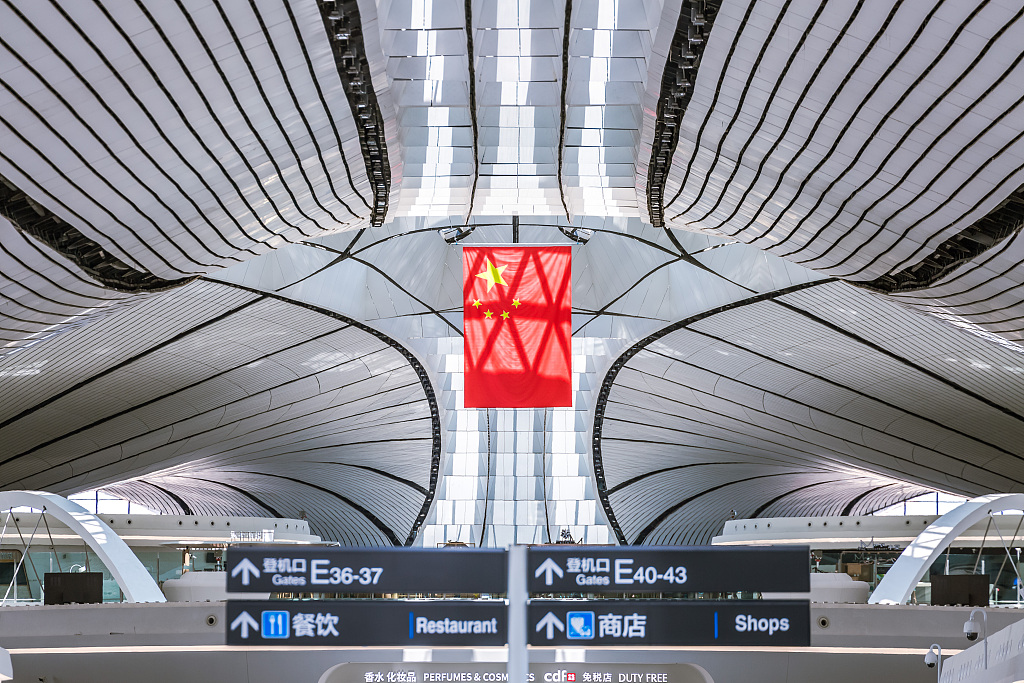 On the southern border of Beijing, spilling into Hebei province, is a gigantic field occupied by a massive starfishlike structure with six arms. This starfish is the world's largest airport terminal, and the surrounding field is for flight operations. All together, it's nothing short of an engineering and logistical marvel.

About 46 kilometers south of the city's downtown district, the Beijing Daxing International Airport is expected to open before the end of this month.

The barren land on which the airport was built was once a hinterland that few ever had reason to visit. But the announcement of the new airport, along with a plan to relocate some government administrative functions there, drove development of Daxing district into the fast lane.

Cui Xiaohao, deputy director of the Beijing Municipal Commission of Development and Reform, said the airport, through its five years of construction, had become an important economic pillar in the development of southern Beijing, as it will help rebalance the city's southern area with the crowded central one.

"The Daxing airport opened the south gate of the capital and will help gradually to shift Beijing's noncapital functions to neighboring locations and upgrade the region's transportation network, especially in the south," Cui said. "It's also a good way to boost coordinated development of the Beijing-Tianjin-Hebei area."

As construction of the airport progressed, an international airport zone sprang up adjacent to it this year. In an area of 50 square kilometers, nearly 260,000 residents will live and support themselves with the 200,000 jobs there. 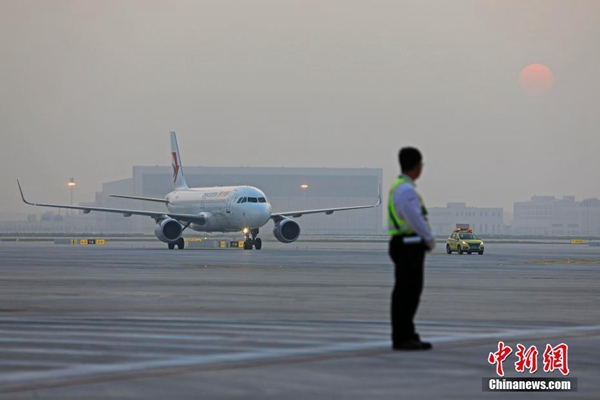 Tian Tian, a 22-year-old native of Daxing, is one of the inhabitants in the region to benefit. He relocated to a new home in 2015 to make way for airport construction.

"Previously, my grandmother often walked about 30 minutes to the farmers market for fruit and vegetables," he said. "But the supermarket in our community can serve people more quickly."

He recalled that his old house in the village was often filled with dust in the summer, and the heating was insufficient in winter, which was a huge problem for him and his family.

"I am glad the newly renovated buildings are pretty clean and we only need to clean once a day," he said.

Airport construction also brought new employment opportunities. Tian got a job at the airport in 2017 as a storage transport engineer at the China National Aviation Fuel Group. After a year of intensive training and internship focused on fuel storage, Tian became a regular employee in May.

Every day at 8 am, Tian travels from his home in Yufa town to the airport for work. He arrives in less than 25 minutes.

Dressed in blue overalls, he shuttles through a warehouse and carefully checks fuel pumps and metering conditions until about 4:30 pm.

"After a year of training, I fell in love with this work and hope to make a contribution to the airport," he said.

Like Tian, many other residents' livelihoods improved because of the new airport, with opportunities for better jobs and homes. For those who lost work, the Daxing district government provides subsidies of more than 20,000 yuan annually－an amount that will continue for five years.

To provide workers to serve the new airport, more than 1,000 training programs had been offered by the district, and 10,000 residents have been trained so far.

Building a new airport is no easy task, especially in such a short period of time.

Li Jianhua, deputy director of the new airport terminal, said that during construction is on standby 24 hours a day and when minor problems occur can get to the scene in 15 minutes to direct corrections.

He has participated in the construction of terminals at four airports, but the 49-year-old said Daxing means the most to him. He has spent more than four years at the site and supervised the rise of the new terminal, a stunning modern architectural achievement.

Reputed to be the world's largest single terminal building, it has 180,000 square meters, equivalent to the size of 25 soccer fields.

"There were no precedents or standards in China before about how to support such a huge structure, and we delved into many ways to tackle the problem," Li said.

"We designed two railways and developed specialized small trains to carry construction materials conveniently. The building materials thus can be delivered to the terminal building efficiently."

Another big challenge faced by the construction team was how to deal with the fragile geological characteristics of Daxing district. Li said a great deal of time was invested to solve problems through experimentation.

One result was that a problematic riverbed with a direct effect on railways was turned into an advantage in the end.

"We finally handled the issue through the use of special structures and equipment," he said.

A special intelligent lighting system is another part of the design. It eliminates the need to have lights on at certain times, and natural illumination saves energy.

Li said more than 20,000 lights are installed in Terminal 3 of Beijing Capital International Airport, while only about 3,000 were needed at the Daxing airport.

Besides energy-efficient lighting, the new airport uses other advanced techniques to save energy. For example, infrastructure such as the rail transit system and runways use energy-saving green materials.

In July 2018, Beijing Daxing International Airport Economic Zone became the first project in China to have the platinum level under the pilot rating system for LEED certification, an internationally recognized standard of energy efficiency. It's also the first such project in the world to gain LEED certification for cities in the planning and design rating system, according to the United States Green Buildings Council.

Completion of the new airport will also have a positive ripple effect on surrounding areas, according to Cui, the municipal development and reform commission's deputy director. He said Beijing's Capital International Airport serves more than 100 million passengers a year, exceeding its maximum operating design limit.

"There exists a large gap in meeting the demand for international airline routes at Capital International Airport. The capital's overall airline service capacity need to be improved," Cui said.

Under a plan approved in 2016 by the State Council, China's Cabinet, Beijing will cooperate with neighboring Hebei province in building up an airport economic zone with a total investment of more than 200 billion yuan.

The future production value of the new airport will reach 1.6 trillion yuan, the plan said.

The Hebei provincial government also plans to develop several areas of Langfang, along with Gu'an and Yongqing counties－neighboring Beijing's southern suburbs－as the new airport economic zone that will house some of the high-technology functions being moved from Beijing.

"Near the airport, industries closely connected to people will become more convenient to approach and able to create greater value with less labor," he said.

He said industries such as parcel delivery, high-end manufacturing and production of electronics should be further developed in the airport economic zone soon, since those industries need a relatively large space to grow up.

The Daxing Airport Area in Hebei Pilot Free Trade Zone, at 20 square kilometers, will mainly build businesses in aviation logistics, aviation technology and financial leasing as it becomes a demonstration area for the coordinated development of the Beijing-Tianjin-Hebei region.

Construction of the airport was completed on June 30, and it is expected to be certified for flight operations on Sept 15.