China has made great efforts and played a key role in pushing the Joint Comprehensive Plan of Action (JCPOA) back on track, Chinese Foreign Ministry spokesperson Wang Wenbin said at a press briefing on Wednesday. 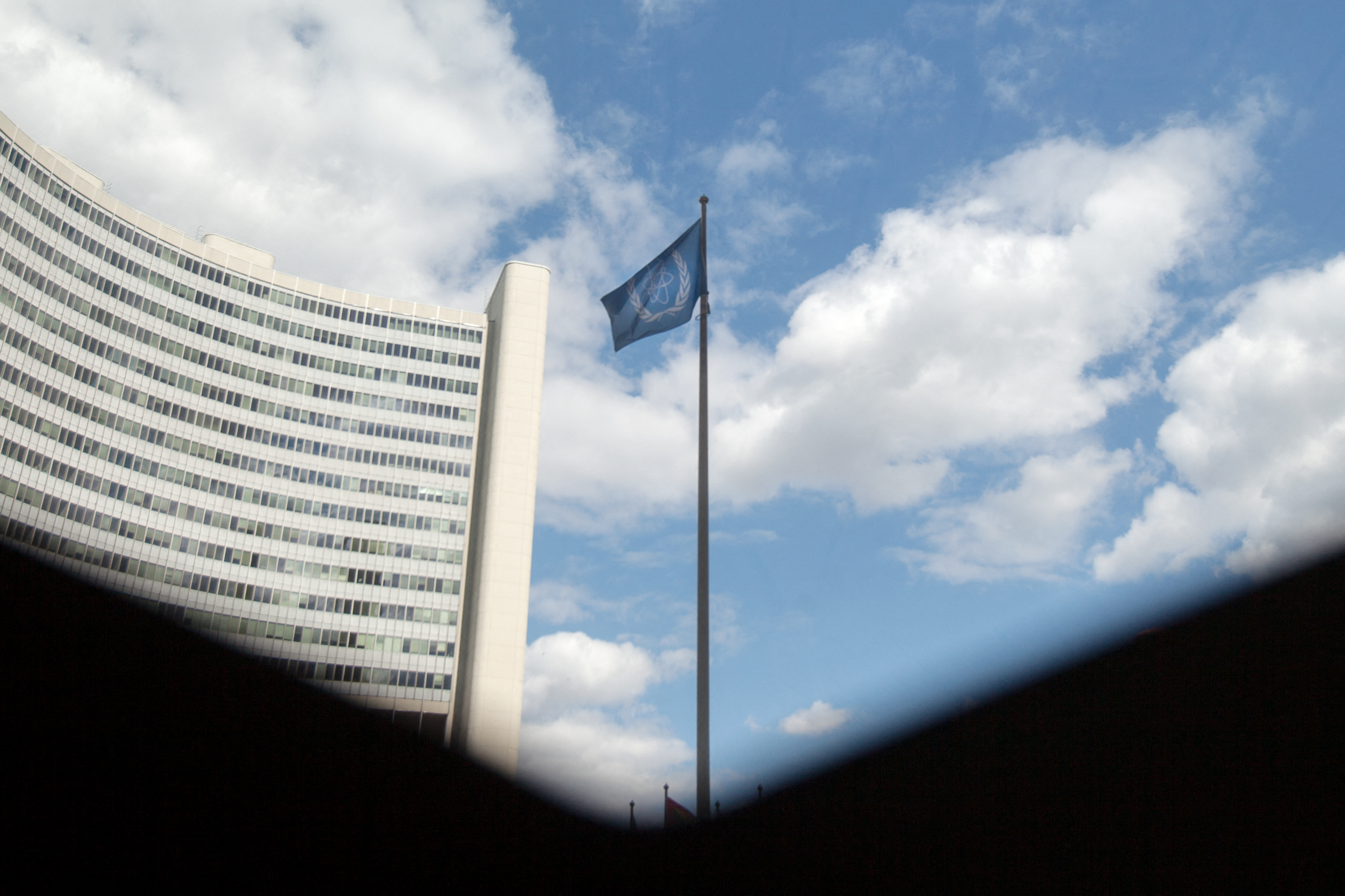 The flag of the International Atomic Energy Agency (IAEA) flutters in front of the IAEA building in Vienna on July 10, 2019. (Photo: AFP)

Iran announced on Tuesday that it would immediately restrict on-site inspections by the International Atomic Energy Agency (IAEA). On the same day, foreign ministers of France, Germany, and Britain issued a joint statement saying they deeply regretted Iran's move.

In response, Wang said China attaches high importance to the Iranian nuclear issue, actively advances the political and diplomatic settlement process, and upholds the international non-proliferation regime as well as peace and stability in the Middle East.