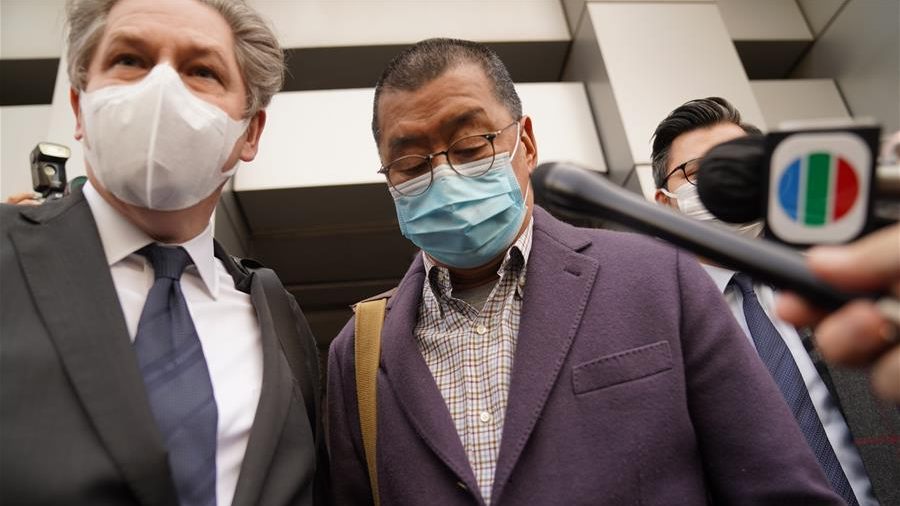 The Office of the Commissioner of the Chinese Foreign Ministry in the Hong Kong Special Administrative Region (HKSAR) has expressed strong disapproval and firm opposition against some US politicians' interference in Hong Kong and Chinese domestic affairs.

The commissioner's office issued a statement Friday night in response to some US congressmen's irresponsible remarks on Hong Kong police's legal action against Jimmy Lai Chee-ying, widely known as one of the "black hands" behind Hong Kong's months-long unrest.

The US congressmen involved have been carrying out anti-China activities for a long time and colluded with Hong Kong's anti-China plotters in disrupting the Chinese special administrative region, said the statement.

The statement stressed that Hong Kong is a part of China, and the rule of law is valued. Noting that all people are equal before the law and nobody has the right to stand above it, the statement urged foreign forces to stop interfering in Hong Kong affairs and Chinese domestic affairs, otherwise they will have to pay the price.

Lai, founder of Apple Daily and media group Next Digital, was arrested on Friday for illegal assembly and allegedly intimidating a journalist in June 2017, according to Hong Kong media reports.

A police source said Lai was held as part of an operation targeting those involved in an August 31 march during the anti-government protests, which sparked in June due to the now-withdrawn extradition bill.