The Chinese Foreign Ministry on Tuesday confirmed that a Chinese-born Australian writer had been arrested on suspicion of espionage. 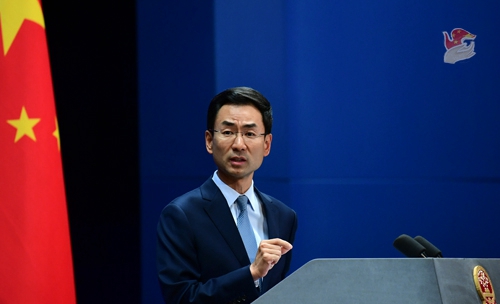 Spokesperson Geng Shuang confirmed the arrest at a news briefing when asked for comment about whether the writer named Yang Jun was being held in Beijing in harsh conditions as Australian Foreign Minister Marise Payne claimed earlier in the day.

Yang was arrested on Friday by the Beijing State Security Bureau after the approval of prosecutors, Geng said, adding the state security authority was handling the case in accordance with the law.

"Yang's rights are fully guaranteed, and he is in good health," said the spokesperson.

China is strongly dissatisfied with the statement made by Australia, Geng said, stressing that China is a country under the rule of law, and Australia should respect China's judicial sovereignty and stop interfering in the lawful handling of the case.