HONG KONG, Sept. 26 (Xinhua) - The Office of the Commissioner of Chinese Foreign Ministry in the Hong Kong Special Administrative Region (HKSAR) on Thursday urged the US Congress to stop pushing forward a Hong Kong-related Act. 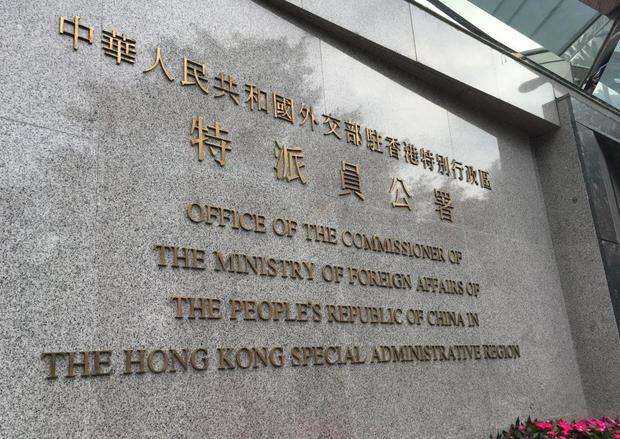 US congressional committees have marked up and passed the so-called Hong Kong Human Rights and Democracy Act of 2019.

The move confuses right and wrong in total disregard of facts, severely violates international law and norms, and interferes in Hong Kong affairs and China's domestic affairs as a whole, the principal official at the commissioner's office said in a statement.

China will never allow it, the official said. "We urge the US congressmen to immediately stop playing with fire in advancing Hong Kong-related acts, which will only get themselves burned."

The central government has implemented the policies of "one country, two systems" and "the people of Hong Kong administering Hong Kong," and ensured a high degree of autonomy in the HKSAR in strict accordance with the Constitution and the Basic Law since Hong Kong's return to the motherland, the official said.

"The people here are enjoying unprecedented rights and freedoms as protected by the law, and the city ranks much higher than the United States for its rule of law performance and in the freedom index," the official said.

In regard of the recent violent incidents, the official said the radicals and rioters have arbitrarily undermined public order, vandalized public properties and violently assaulted the police, which has gone far beyond normal demonstrations and rallies, trampled on morals and the rule of law, and tested the red line of "one country, two systems."

Some US congressmen, however, have shamelessly meddled with Hong Kong affairs by making groundless accusations concerning human rights and democracy, and openly cheered the anti-China troublemakers in Hong Kong and the violent radicals, the official said, stressing that it only proves again that they are the "black hands" behind the scenes.

The official said the United States enjoys its largest trade surplus with Hong Kong, the total of which over the past decade reached as high as 297 billion US dollars, and more than 1,300 US businesses are operating here.

"A prosperous and stable Hong Kong and the success of 'one country, two systems' serve the common interests of the international community, including the United States."

The US congressmen, who advanced relevant acts for the sake of their selfish political interests, are standing on the opposite side of not only Chinese people, including our Hong Kong compatriots, but also all international businesses and citizens in Hong Kong, the official said.

"It will inevitably backfire and undermine US interests here," the official said. "All stakeholders in Hong Kong's prosperity and stability should speak in unison against such attempts."

The official emphasized that Hong Kong's achievements are not granted by any foreign country, but are attributable to the strong support of its motherland, and to the perseverance and toil of generations of Hong Kong citizens.