FM slams US ambassador to Australia’s remarks on police harassment 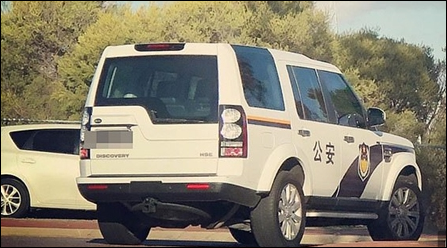 A spokesperson for the Chinese Foreign Ministry on Thursday mocked remarks by the US ambassador to Australia who alleged harassment of Uyghurs in Australia by Chinese police, calling the accusation a shoddy drama script.

Ambassador Arthur Culvahouse told media that Uyghur people who are lawfully in Australia are being monitored by "agents of a foreign power."

He said that there are fake police cars that have Chinese police logos parked outside residences of some Uyghur people who "are being profiled in Xinjiang back in China; are being punished for any time they express their concerns," according to a report of Daily Mail.

Hua Chunying, spokesperson for the Chinese Foreign Ministry, said at Thursday's routine press conference that she just wanted to laugh at such report.

"If the ambassador really wants to defame China, please use the brain; otherwise such tale will only end up as another laughing stock," Hua said. The issue is the latest example of Western politicians' hype about the situation in Northwest China's Xinjiang Uyghur Autonomous Region in order to smear and contain China.

The US House of Representatives on December 3 passed a Xinjiang-related bill calling for sanctions on Chinese officials, which encountered strong opposition from the Chinese authorities and Chinese people.