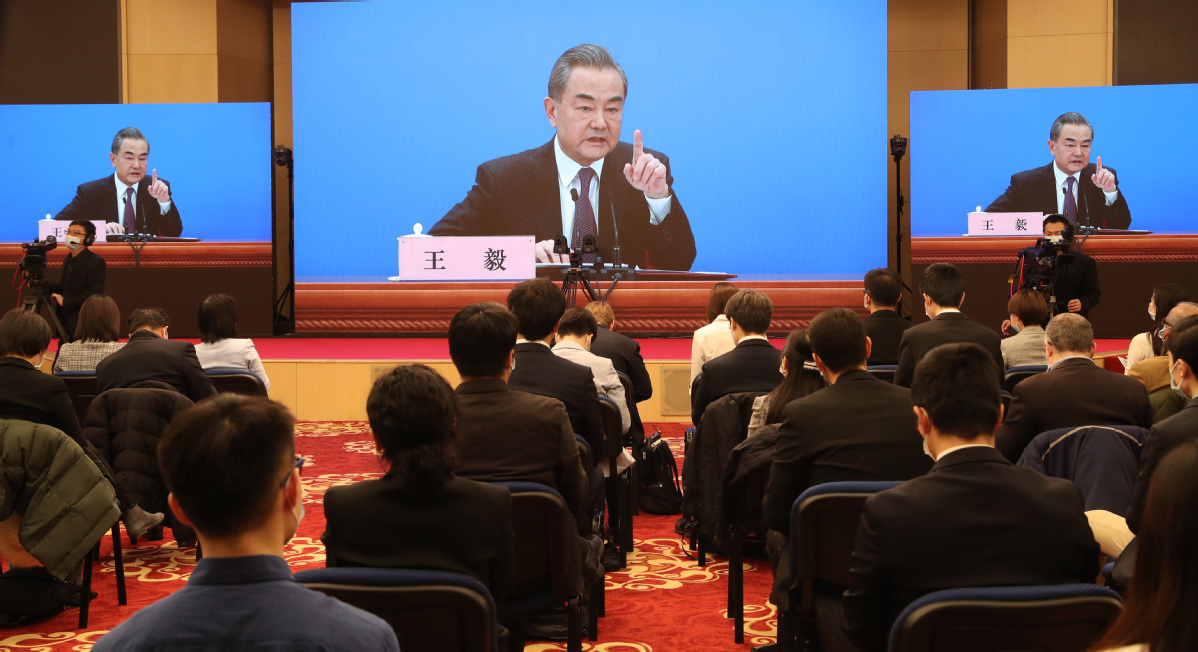 State Councilor and Foreign Minister Wang Yi attends a press conference on China's foreign policy and foreign relations via video link on the sidelines of the fourth session of the 13th National People's Congress (NPC) at the Great Hall of the People in Beijing, capital of China, March 7, 2021. (Photo by Wang Jing/chinadaily.com.cn)

China stands in a firm position to solve border disputes through dialogue and consultations and at the same time is determined to safeguard its own sovereign interests, State Councilor and Foreign Minister Wang Yi said.

Border issues are not the whole of China-India relationship, Wang said, noting that what happened again proves that initiating confrontation will not solve the problem, and that returning to peaceful negation is the right way forward.

The China-India relationship is essentially about how the world's two largest developing countries get along and pursue development and rejuvenation together, Wang said, urging the Indian side to meet China half-way and bring more support for people of both countries.