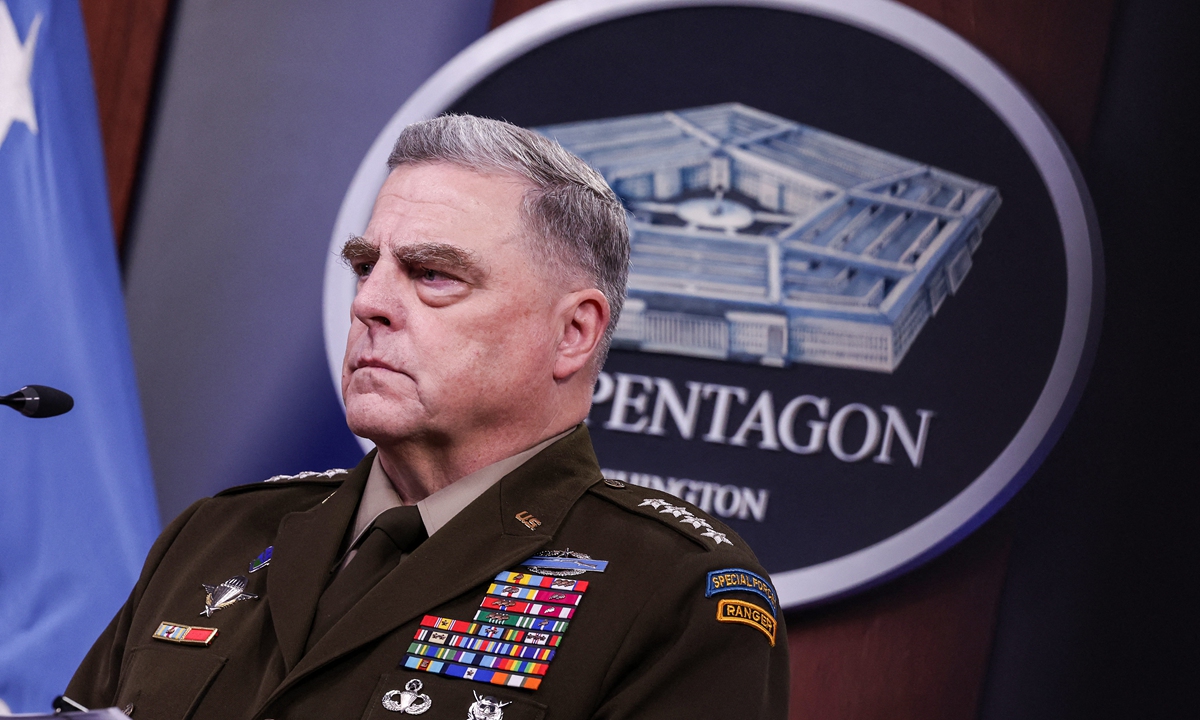 China on Monday urges some US officials to abandon the cold war thinking and stop hyping "China threat" theory after US Joint Chiefs of Staff Chairman General Mark Milley claimed that the Chinese military has become significantly more aggressive and dangerous over the past five years.

Zhao Lijian, the spokesperson of the Chinese Foreign Ministry, said at a press conference that what Milley said was calling white black.

Some people in the US are stuck in cold war era thinking and hype the "China threat" theory constantly, the aim of this is nothing but to find an excuse to expand their military forces, Zhao said. Zhao noted that the US has the world's largest military expenditure and has just submitted a $813 billion military spending budget for the next fiscal year and the US has about 800 military bases around the world. He also noted that since the establishment of the country, the US has been in war constantly except for 16 years.

During a trip to the Indo-Pacific that included a stop on Sunday in Indonesia, Milley said the number of interceptions by Chinese aircraft and ships in the Pacific region with US and other partner forces has increased significantly over time, and the number of unsafe interactions has risen by similar proportions, according to media.

"The message is the Chinese military, in the air and at sea, have become significantly more and noticeably more aggressive in this particular region," Milley was quoted as saying.

"Who is often sending warships and warplanes to other countries to show off? Who always tries to threaten regional peace and stability? Who is indeed aggressive? The fact is clear at a glance," Zhao said.

Zhao urges related US officials to abandon cold war thinking and stop hyping "China threat" theory for the purpose of finding excuses for its own military expansion.